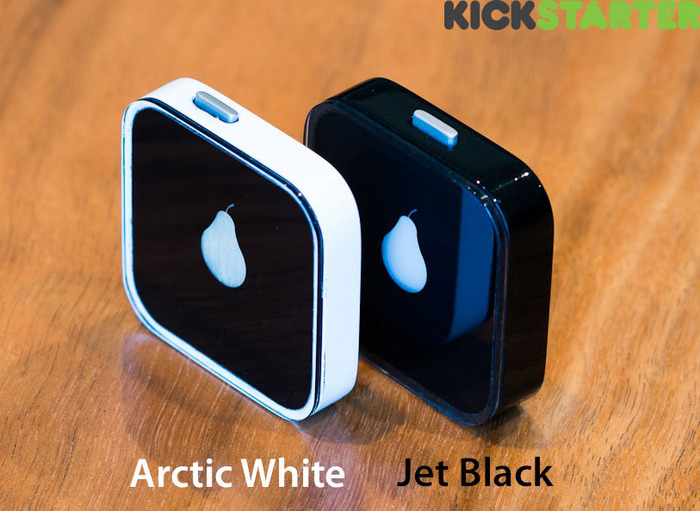 Doesn’t it bother you there’s no easy way to send text messages or give someone a buzz while your phone is docked to a music station? Enter Pear, a Kickstarter project by Brendan Kelso which seeks to tackle this unpleasantry with a nice dongle that attaches to your speaker so now you can take your iPhone and browse the web, check email, message people and what not, all the while being able to stream your music via Bluetooth. Unless you have an AirPlay-enabled audio gear or Bluetooth speakers, Pear could be just the gizmo you need…

Of course, it’ll only work with the audio equipment that has a built-in 30-pin dock connector and you will need to enable Bluetooth and pair your device with a Pear in order to be able to stream your audio wireleslly through Bluetooth.

Another benefit of using the Pair: you can wirelessly pair with iPhones dressed up in bulky cases and big iPads which otherwise wouldn’t fit into your docking station. And since the device is now in your hands, you can control audio playback via Siri. 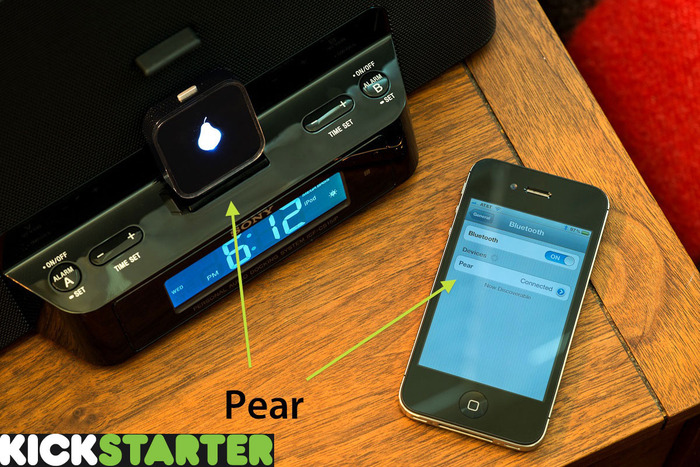 The Pear is powered from the speaker dock and even has a cool pear-shaped glowing logo on it. Here’s your video.

It’s available in arctic white or jet black by pledging at least $40, with an additional $15 for international shipping, over at Kickstarter. Additional information is available at the official Pear mini site. An Android version is also in the works.

Does the Pear look like something you could find use for?