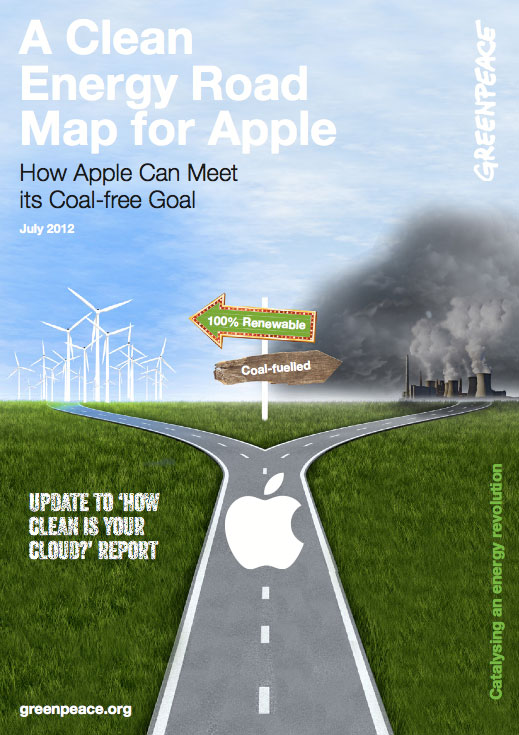 Apple has been taking a lot of heat regarding its environmental policies over the past week. This due to the news that the company has recently pulled its products from the EPEAT registry.

But despite the fact that its products will no longer be EPEAT-certified, environmental groups say that Apple’s ‘green’ polices are improving. Greenpeace, in fact, just upped the company’s CEI score…

CEI stands for Clean Energy Index, and it’s a system that measures companies on their commitment to using renewable energy (aka solar power) versus non-renewable (like coal).

Greenpeace has upped Apple’s CEI score to 22.6%, up from 15.3% in April. The organization says that with its plans to build large solar farms to support its upcoming data centers, Apple is on the right track to a coal-free future.

But that doesn’t mean that the Cupertino company doesn’t still have some work to do. In Greenpeace’s new report, the group outlines a number of steps Apple can take if it really wants wants to make a positive impact on the environment:

Apple is currently building, or looking to build, massive data centers in three different states: California, Oregon and Nevada. Combine these projects with the company’s ‘spaceship’ campus, and it’s easy to see why folks are concerned with Apple’s impact on the environment.

We forget, sometimes, all of the things that go into building and maintaining services like iCloud and Siri.