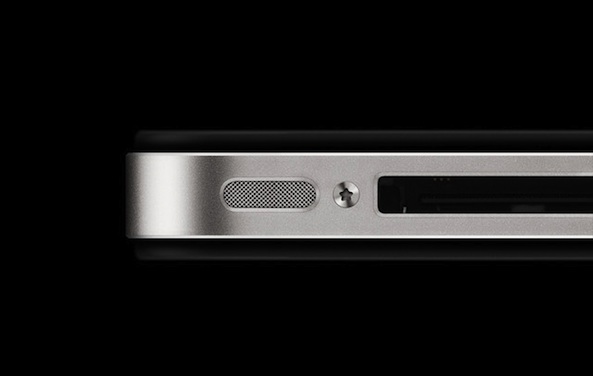 Apple is no stranger to the defendant’s chair in the courtroom. It’s been sued a number of times over the years, for a number of reasons — most recently over alleged patent infringements involving Siri.

But this new lawsuit from Noise Free Wireless seems a bit more serious. The small Silicon Valley company is claiming that Apple intentionally stole critical noise reduction technology from them…

“Noise Free Wireless said it presented its technology at several meetings at Apple’s Cupertino, California, headquarters and provided it with detailed technical information prior to Apple filing its own patent for a similar technology. The technology has gone on to be used in the iPhone 4 and 4S and all three iPad models, it said.

The case centers on U.S. patent 7,742,790, which was filed by Noise Free in May 2007 and awarded to the company in June 2010. It covers a method for reducing or canceling environmental noise, such as wind, from a voice transmission on a cell phone.”

Noise Free approached Apple with its technology shortly after filing the patent in 2007, and has since met with the company a number of times. According to the report, the two companies signed a non-disclosure agreement in late 2008, in order to protect one another’s IP and keep their conversations confidential.

But the relationship started falling apart in 2010, when Apple began talking with Audience, a rival noise reduction company. And it exploded in June of that year, when Apple filed a U.S. patent covering the “suppression of noise in a signal while retaining the user’s voice.” Noise Free says that the filing includes some of the ideas and inventions it presented to Apple under their non-disclosure agreement.

So, what it looks like is that Apple deliberately stole technology from Noise Free, in order to avoid what was likely to be an expensive partnership. As aforementioned, Apple has used the noise reduction tech in several of its popular products.

Of course, if there isn’t any truth to Noise Free’s claims, or if there’s little proof, we may not ever hear of this matter again. But on the other hand, if there’s weight to the company’s claims that Apple intentionally stole its intellectual property to avoid licensing fees, we could see Apple forced to pay one of the largest settlements in company history.