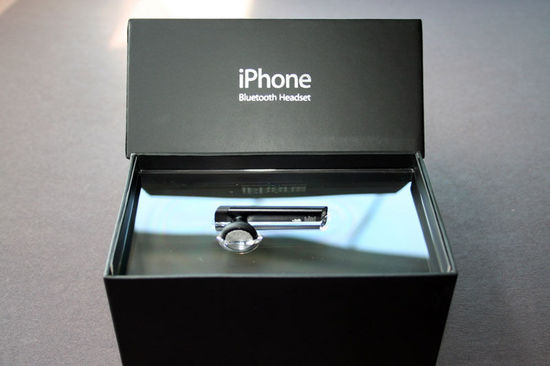 While the device didn’t garner much consumer attention, it appears that Apple hasn’t given up on the headset market. According to a new patent application, the company has another one in the works…

“Apple has filed for a patent on an iPhone headset accessory that would operate wirelessly via BLuetooth and could connect to the handset to charge or switch to use a wired handset.

AppleInsider uncovered the application early on Thursday after it was published by the U.S. Patent and Trademark Office. The application hints at Apple’s renewed interest in building its own Bluetooth headset.”

Apple explains that its invention would solve the battery life and charging problems that plague the current crop of Bluetooth headsets. It does this by connecting to an iPhone (though it also notes that the invention could apply to other wireless devices) via a cable, which can both charge the headset and pass along audio data.

Keep in mind that a majority of Apple’s patent filings rarely make their way into consumer products. And given the fact that the whole Bluetooth headset trend seems to have all but fizzled out, we’re not sure we see this one breaking the mold.

That being said, it is possible that the recently introduced low-powered Bluetooth 4.0 and other wireless innovations could renew the interests of tech companies. We’re just not sure if that’s a good thing or a bad thing.

What do you think, should Apple make another Bluetooth headset?