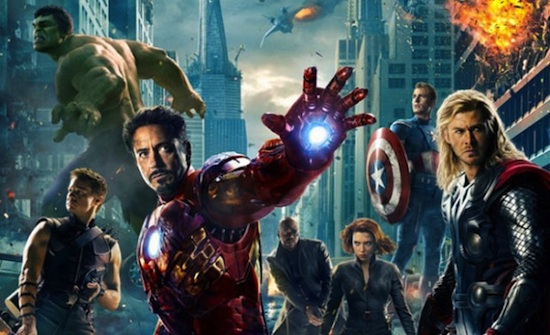 The Avengers has grossed nearly $1.5 billion this year in theaters, making it 2012’s biggest box office hit thus far. And this fall, Marvel Studios is hoping to equal that success in the living room.

The movie isn’t slated to hit Blu Ray until September, but Marvel is planning an iOS release in the next couple of weeks. No, it’s not a game. It’s more of a second screen, movie companion app…

The Avengers Initiative: A Marvel Second Screen App will play into the growing trend of ‘second screen’ viewing, where audiences use smartphone and tablet applications to enhance their TV and home movie experiences.

The app will give consumers unprecedented access to exclusive content building up to the movie’s Blue Ray release. And then, it will serve as a companion application to the film, allowing viewers to look up character profiles, access the S.H.I.E.L.D database, and other interactive content that falls in line with the movie.

The Avengers Initiative app is slated to hit iOS in the coming weeks, and it will be updated weekly until The Avengers Blu Ray drops on September 25th. We’ll be sure to let you know when the app is available.

Why aren’t more studios doing something like this? With smartphones and tablets becoming more common, why aren’t ‘second screen’ apps coming out with every DVD/Blu Ray release? It seems like a missed opportunity.