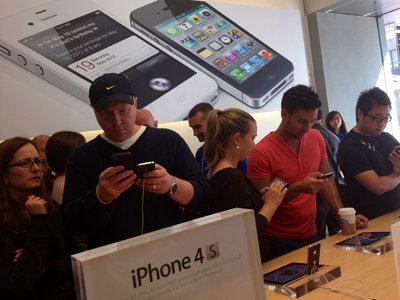 Apple’s iPhone sales in the United States have traditionally been strong at Apple Stores, likely due to the superior buying experience.

A new research has revealed a little known fact, that customers pick up a Sprint version of the device at carrier-agnostic retailers more often than at Apple’s retail outlets.

According to a Consumer Intelligence Research Partners (CIRP) survey of iPhone buyers over two three-month periods ending March and May 2012 (via AllThingsD), Sprint’s share of iPhone sales at Apple Stores was just nine percent, less than half the share at Best Buy stores (19 percent) or at mass market retailers (18 percent). 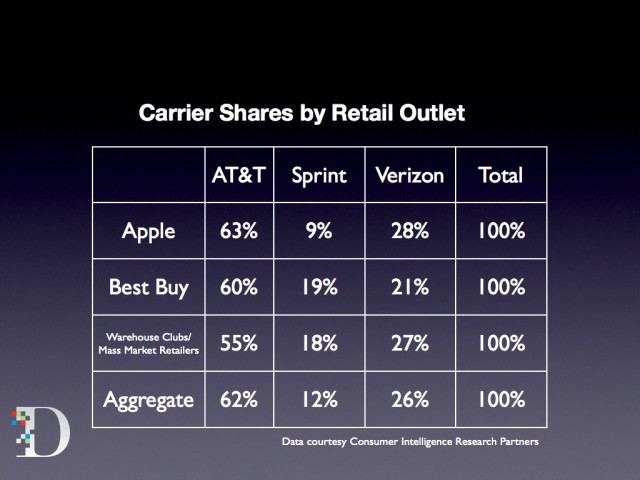 Why is Sprint selling double the number of iPhones through carrier-agnostic retailers than it is through Apple? One possible explanation could be that Sprint’s only been selling Apple’s device for eight months now (versus five years for AT&T and nearly 18 months for Verizon), meaning customers may not have familiarized themselves fully with Sprint iPhones at Apple Stores.

Another thing to factor in: Best Buy and Costco sales staff has a lot of experience selling Sprint phones for years.

AT&T and Verizon both have a lot of iPhone using customers and very high retention rates; CIRP figures those two carriers retained 94 percent of their existing customers that bought an iPhone.

So how does legacy availability affect Sprint’s iPhone sales at Apple’s stores?

If you bought an iPhone from Apple on AT&T or Verizon and you return to the store to buy another, you’re not likely to switch carriers. And since Apple Stores have sold only AT&T and Verizon iPhones for so long, Sprint’s seeing a bit less traction there than it is at retailers like Best Buy, where it has had a longer term presence.

The iPhone didn’t just catapult Apple’s fortunes into stratosphere, it attracted big crowds into the Apple Stores worldwide, helping the company sell its other products through the hallo effect.

This has unarguably created some undesirable side-effects.

The controversial New York Times profile of Apple’s retail business cites former employees who describe company-owned stores as too hectic and stressful compared to five years ago, “thanks in large part to the runaway popularity of the iPhone and iPad” which are drawing customers in droves.

Asymco analyst Horace Dediu makes a point of the fact in the five years since the iPhone launched, Apple created a total of 35,852 retail jobs.

Where did you buy your Sprint iPhone? Do you generally prefer shopping for your iPhone at Apple stores, carriers stores or big box retailers?