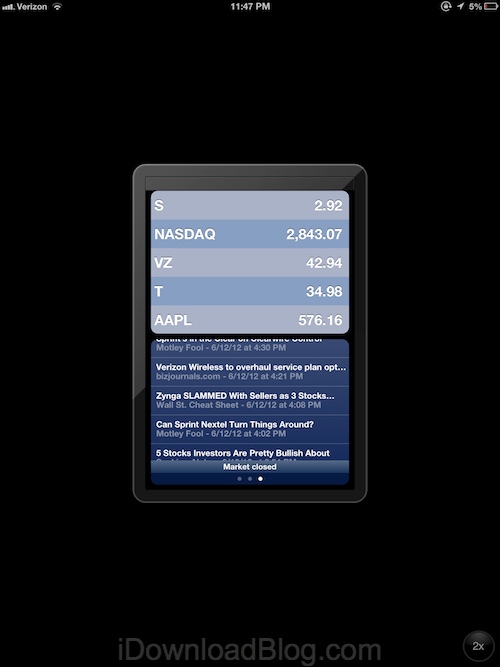 A few stock applications that were on the iPhone never made their way to the iPad. Indeed, the Weather, Stocks, and Clock apps for example have been nowhere to be found on the iPad since its launch in 2010.

With the introduction of iOS 6 beta though, Apple has officially brought the Clock app to its popular tablet – see our video walkthrough. Even though you won’t find its icon anywhere, the Stocks app also makes an appearance…

Well this isn’t really a feature, it’s more of an Easter egg. On the iPad, if you ask Siri to “launch Stocks,” it opens the iPhone version of the app which isn’t even installed.

Go ahead, try it for yourself.

Do you know of any new cool features in iOS 6? Please make sure to hit us up with your tips.