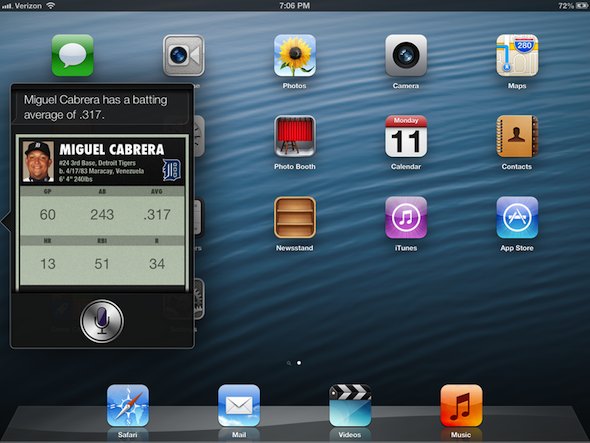 Since Apple introduced Siri last fall, folks have been going through great lengths to install it on other devices. But Apple has continued to keep the feature exclusive to the iPhone 4S. Until now, that is.

Along with a number of other Siri-related announcements this morning, Apple announced that iOS 6 would be bringing the digital assistant to the latest iPad. So you know iDB had to go hands-on… 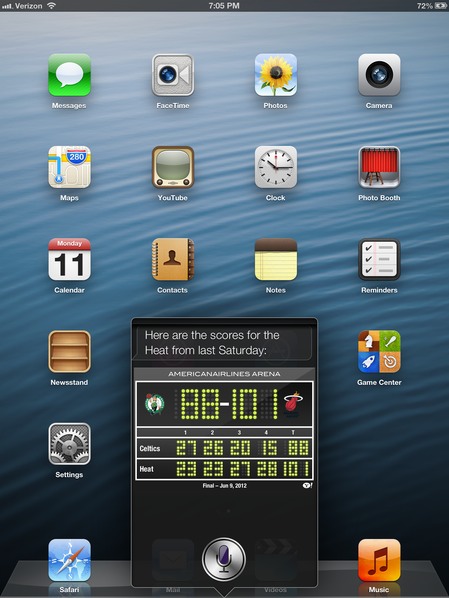 As you can see, Siri for the iPad looks rather similar to its 4S counterpart. It’s activated the same way, by holding down the tablet’s Home button. And it’s capable of doing virtually all of the same tasks.

We’re working on getting you more hands-on screen shots of new iOS 6 features, and I know that Jeff has a walk-through video of the new OS in the works. So stay tuned.