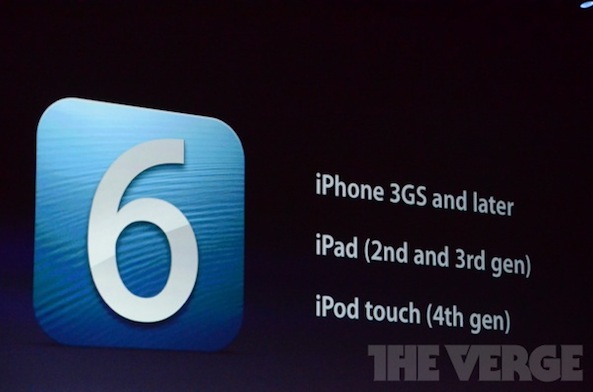 Unless you’re part of the iOS developer program, you won’t be able to get your hands on iOS 6 until this fall. Unfortunately, the most advanced mobile operating system in the world will not support every device.

Even though there is no official date for the release of iOS 6, we do know it will come this fall, likely with the release of the iPhone 5. When released to the public, it will support the following devices:

This means that if you have a first generation iPad or an older iPod touch, you will not be able to get iOS 6.