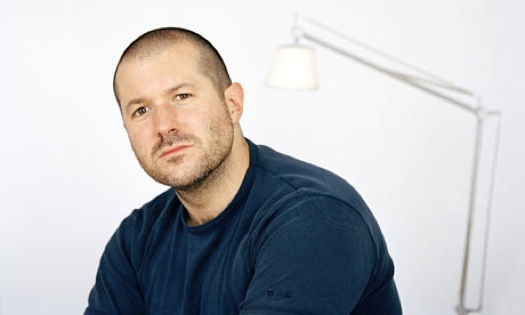 Apple’s design head Jonathan Ive certainly has a busy schedule. In between enjoying healthy meals at Apple’s cafeteria, working out in a gym and conceiving that non-TV TV in his secret design bunker at 1 Infinite Loop, he found time to fly to Britain earlier this week to receive a knighthood in honor of his contributions to industrial design.

He also sat for a little one-on-one with The Daily Telegraph’s Shane Richmond.

And today, BBC Radio 4 is treating us to a four-minute audio interview with London-born, softly spoken chief of industrial design and vice president at Apple.

Despite concerns that he might feel homesick, Ive has every intention to stick around at Apple and continue churning out great stuff (as he previously said that the best is yet to come)…

Just to clear up any concerns that Ive might be tempted to leave Apple in order to spend more time with his family back in England, the 45-year-old designer said he wanted to stay with “the same team I’ve been fortunate enough to work with for the past 15 years” in order to “work on trying to solve the same sort of problems we’ve been trying to solve over the last fifteen years”.

As for concerns that his boss Tim Cook is on a mission to turn Apple into a more ‘normal’ company that will somehow steer away from its mission, rest assured that Apple’s goals are the same as they’ve ever been, “it’s to try and design the very best products that we possible can”.

We’re very disciplined, very focused, and very clear, across the company – that is our goal. If we manage to do that then there are a number of consequences.

The goal isn’t to make money, the goal is to try and develop the very best products that we can.

And here’s a video of yesterday’s ceremony.

And a couple other important highlights:

• designing Apple products is “part fine art, part engineering”
• it’s a tough job because “the consequences of getting it wrong are also more significant”
• with everyone trying to copy Ive’s design, “the challenges are more significant now than they have been in the past”

You can listen to the full interview here.