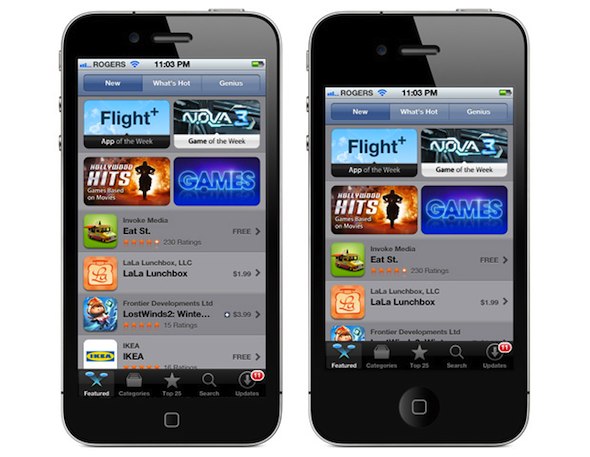 The 4-inch iPhone. According to just about every major news publication — The Wall Street Journal, Reuters, etc. — it’s coming. But where does that leave the 600,000+ apps designed for a 3.5″ screen and their developers?

Well the most popular theory for how Apple will go about making a 4-inch iPhone is to give it a resolution of 640×1158, and an aspect ratio of 9:5. So Overdrive Design decided to show us what that would do to current apps… 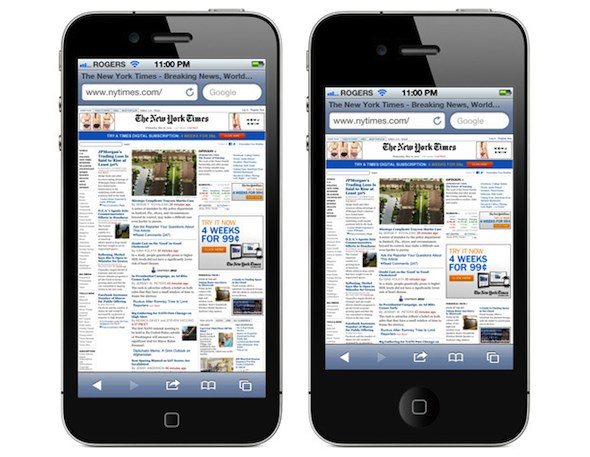 Not only would this route make it easier for developers to update their apps, but it would also allow for them to display a considerable amount of more information on the screen — all without making the iPhone itself much bigger.

A screen that’s just half an inch larger may not seem like a very big deal. But for folks who spend more time on their iPhone — browsing the web, reading iBooks and emails — than they do on their computer or iPad, it could make a world of difference. Not to mention that a larger display would call for some kind of hardware redesign, something iPhone users have been clamoring for since last fall.

If you like the above mockups, Overdrive Design has several more high-quality renderings showcasing different apps.