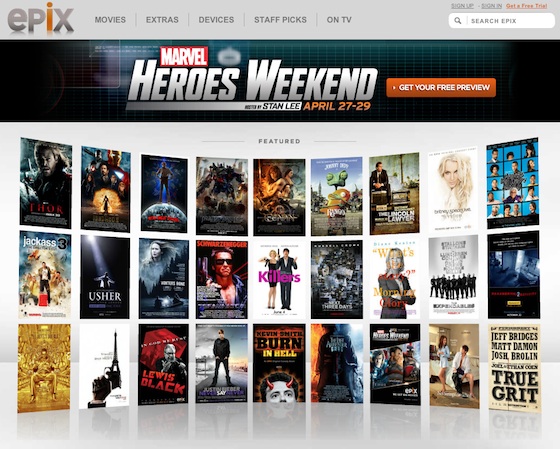 Apple is (again) rumored to be negotiating content deals with Hollywood studios that would give the company necessary rights to stream premium Hollywood entertainment via the iCloud to your living room.

Two people with knowledge of the negotiations apparently told Reuters that the EPIX movie streaming deal could include “a long-anticipated” television set from Apple.

However, industry sources indicated that any Apple-EPIX streaming deal cannot be realized before end of September 2012, when EPIX’s prior streaming arrangement with Netflix is set to expire…

Epix is a United States-based premium television channel founded three years ago and operated by Studio 3 Partners, which itself is a joint venture among Viacom’s Paramount Pictures division, Metro-Goldwyn-Mayer and Lionsgate. Epix also runs a companion video on demand service through a set-top box.

One of the sources told Reuters that any discussions would apply to its set-top box and also to upcoming devices that stream content. Apple is widely expected to unveil a full-fledged TV product later this year or in early 2013 to drive its next phase of growth and potentially revolutionize the industry.

The article goes on to note that EPIX has obligations to Netflix, which has been paying a cool $200 million a year since 2010 to stream stream movies to its 23.4 million U.S. clients.

However, the EPIX-Netflix agreement is set to expire by the end of September, conveniently ahead of a rumored 2013 launch of an alleged Apple-branded television set.

The iTunes Store offers some nice movies and television shows, but Apple’s video content archive pales in comparison to the likes of Netflix and Hulu.

If a rumored Apple television set is to be taken seriously and sell like hotcakes, as one analyst said it would, it needs premium Hollywood entertainment, plain and simple.