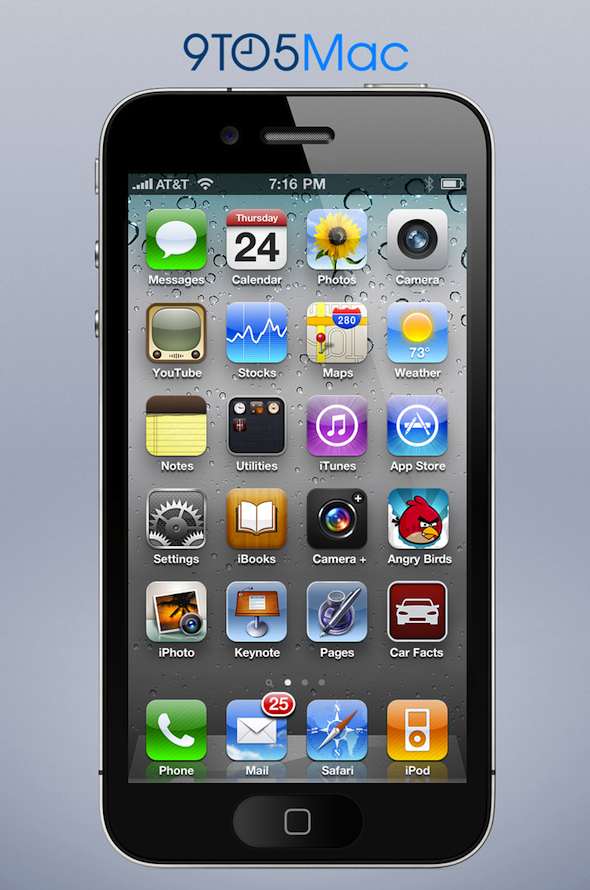 Earlier today we shared an interesting theory with you regarding the argument for a four-inch iPhone. The case for the larger-screened device was laid out by a Verge forum member, and has since garnered some serious attention around the web.

So much in fact, that a mock-up of the conceptualized handset has already surfaced. 9to5Mac reader Spencer Caldwell created the image you see above, which gives us a good idea of what an iPhone with a 1152×640 display could look like…

The big deal here is that Apple could make the iPhone’s display larger without necessarily making the phone itself much bigger, if at all. The screen’s width would be the same as the current model’s, and the height would only be slightly taller.

But while a larger display would benefit both users and developers, it would also create some major problems. For example, would all of the App Store’s 500,000+ apps have to be updated for the new screen or face getting stretched/letter boxed?

Regardless, this is one of the more compelling arguments we’ve seen for a four-inch iPhone. And the mock-up doesn’t look half bad either.