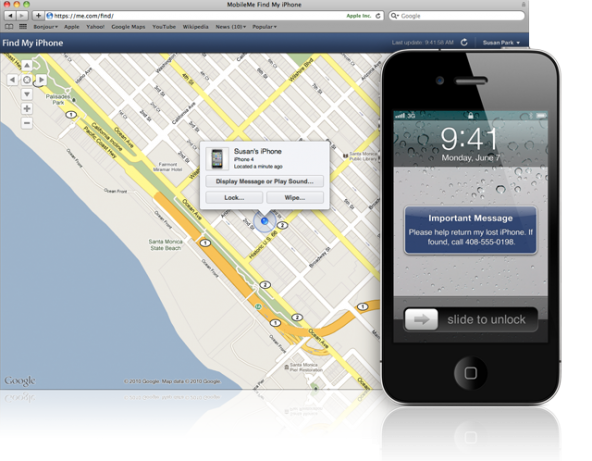 Apple’s own Find My iPhone service is great for finding your misplaced device, but it usually isn’t much of a help when someone steals your brand spanking new iPhone to make a quick buck by reselling it.

Looking to contain an explosion of smartphone-related theft, major United States carriers have joined forces on an interesting nationwide initiative. They teamed up with the Federal Communications Commission (FCC) to create a joint database that would keep track of stolen handsets and those reported as lost.

The Wall Street Journal has the story:

The nation’s major wireless providers have agreed to a deal with the U.S. government to build a central database of stolen cellphones—part of a broad effort to tame an explosion of thefts nationwide. The database, which the wireless companies will build and maintain, will be designed to track phones that are reported as lost or stolen and deny them voice and data service. The idea is to reduce crime by making it difficult or impossible to actually use a stolen device, reducing resale value.

I can see some minor privacy implications with this otherwise perfectly fine idea because database records would identify stolen or lost devices via their unique electronic serial number.

Verizon and Sprint already block stolen phones from being reactivated, but AT&T and T-Mobile do not. All four carriers have voiced their support for the initiative, promising to merge their individual databases and exchange data in six months.

The individual databases will be integrated and centralized over the 12 months thereafter. Smaller, regional wireless carriers are expected to join the database over two years, according to a person familiar with the plan. As part of the agreement, wireless carriers will also roll out initiatives to encourage mobile-phone users to set up passwords on their devices to deter theft.

Just in New York alone there were more than 26,000 reported electronics theft incidents in the first ten months of last year, with 81 percent involving cell phones.

Do you support this project and do potential privacy implications concern you?