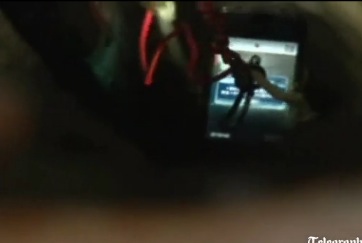 A Chinese toddler has been pulled from a 40-foot well after his rescuers used an iPhone to help discover where he was located, according to reports.

Some things you really couldn’t make up because, well, nobody would believe you. We’re going to put this firmly into that bracket and just hope you don’t think we’re pulling a belated April Fool’s joke!

According to reports across various news outlets, a 2-year-old Chinese boy was unlucky enough to fall down a well. Not just any well. A well that was a good 40-feet deep and barely wide enough to get down in the first place.

Cue a rescue operation that included, believe it or not, an iPhone. Yep, those little bundles of tech joy really do have an app for everything. Maybe that’s why they’re selling so well…

The high tech approach only went so far though – the iPhone was lowered down to record the boy’s position in the well using… a long piece of rope. You can’t beat a spot of high tech-on-a-rope action.

Call us mean, but we’d be fearing for our shiny iPhone too, with it dangling precariously deep inside a well. Hopefully that knot was tied by someone in the scouts!

Thankfully the end result was the one we all hoped for, with the little chappy being pulled to safety.