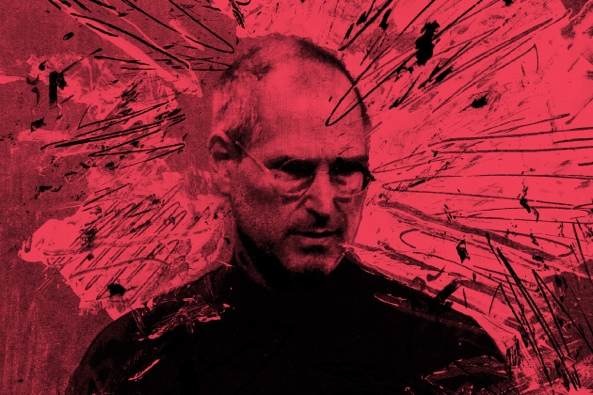 Remember how Steve Jobs told his biographer Walter Isaacson that he is willing to wage a “thermonuclear war” on Android because it’s “a stolen product”? Having already spent an estimated 100+ million dollars on war on Android, Apple certainly means business. Sadly, the larger contest between Apple and Google is nowhere near resolution.

According to a fascinating cover story by Bloomberg, Apple is in it for the long run. The company is well-aware that many people have yet to choose a smartphone, a decision which usually entails loyalty to that phone’s operating system. Yup, it’s all about the same ol’ lock-in.

The aforementioned Bloomberg cover story this week is titled “Apple’s War on Android” and it goes to excruciating detail on Steve Jobs’s holly crusade on Google’s mobile operating system.

I will spend my last dying breath if I need to, and I will spend every penny of Apple’s $40 billion in the bank, to right this wrong. I’m going to destroy Android, because it’s a stolen product. I’m willing to go thermonuclear war on this.

Apple CEO Tim Cook does not seem to share his predecessor’s passion about laying all foes to waste. Cook appears to view litigation as a necessary evil, not a vehicle of cosmic revenge…

Watchful readers could note that Cook was attributed with a similar remark dated back when Jobs returned to Apple. At the time, Cook streamlined the company’s supply chain as Apple’s op-chief. According to a nice profile article by Fortune, the executive called inventory “fundamentally evil” as he worked tirelessly to reduce Apple’s inventory levels from months to days, helping save the troubled company from oblivion.

The article goes on to note that top dogs at both Samsung and Apple “have communicated lately” about potential settlement options. It’s been reported earlier this month that Apple proposed to both Samsung and Motorola Mobility to settle patent woes in exchange for royalty payments of up to $15 per Android device.

Google and Apple together have paid their lawyers more than $400 million over the last several years, the story goes, though “it’s not clear what they’re getting for that money”.

While they struggle for dominance in mobile devices, Apple and Google are protecting their flanks from Microsoft and girding for a coming clash over the market for digital hubs that integrate the Internet with television.

Make no mistake about it, the Apple-Google war on Android is in fact about future sales as many people have yet to choose a smartphone. According to a lawyer for Apple, “once people make that choice, they remain loyal to that operating system, and they are likely to make their future purchases in that environment”.

The publication also drew this handy battlemap of who’s suing who. The following paragraph explains why Apple’s cosmic revenge may have opened Pandora’s box:

By pushing the launch button on his legal ICBMs, Jobs bequeathed a significant risk to his successors. Apple may succeed in forcing competitors to deactivate a few phone features, or maybe even yank an entire model or two from a major market. But Apple has many rivals: If one falters, others will step in. Samsung’s website lists no fewer than 134 phone models. Apple, by contrast, has only two core products at issue in the patent war: the iPhone and iPad. Unlikely as it might seem, if a competing manufacturer manages to persuade a judge or a trade commission somewhere in the world that Apple has relied on a faulty patent for something important, the Cupertino (Calif.)-based juggernaut could suffer profound reputational damage and—more important to stakeholders—market-share erosion.

Make sure to add the story to your reading list and check out other previously little-known facts on Apple’s war on Android.

As for me, I’d just like them all to settle so we can finally move on. Those neverending lawsuits spanning continents just take away energy and focus from real innovation, don’t you think?