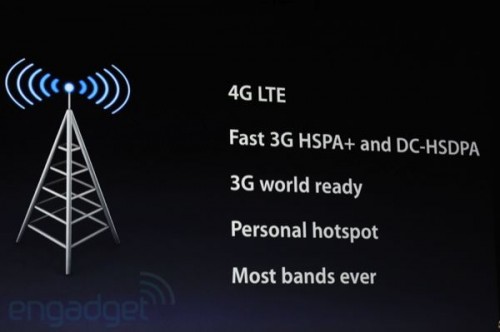 Apple may be an American company, but at times it forgets that it also deals in markets that are outside the United States. Australia, the whole of Europe and plenty of other countries and continents are represented in Apple’s list of release territories for new devices, and the new iPad was no different.

Apple is now very much branding its new iPad as a 4G device, something which makes plenty of sense in the United States thanks to LTE being available on both AT&T and Verizon. The problem is, 4G isn’t exactly prevalent elsewhere, and branding the device as 4G has apparently upset carriers in both Australia and Europe, leaving Apple with something of a problem.

Australian carriers like Telstra and Optus have gone so far as to say that they will simply ignore the 4G branding and treat the new iPad as a 3G tablet, just as they did with the iPad 2. The problem here is that the new iPad will come in a box that says 4G on it. Not exactly ideal for the poor people working in Apple Stores and at carriers across the globe.

Apple would have been better calling the 4G iPad just that in the United States and territories with 4G carriers, and then offering a 3G-branded version elsewhere. Yes, it may have meant producing two sets of livery for the cellular version of the iPad, but the confusion we currently see is most un-Apple in its muddiness. Surely things could have been handled better?

We’re all for a good ol’ reality distortion field as much as anyone, but the fact remains: 3G ain’t 4G, and that’s a fact.