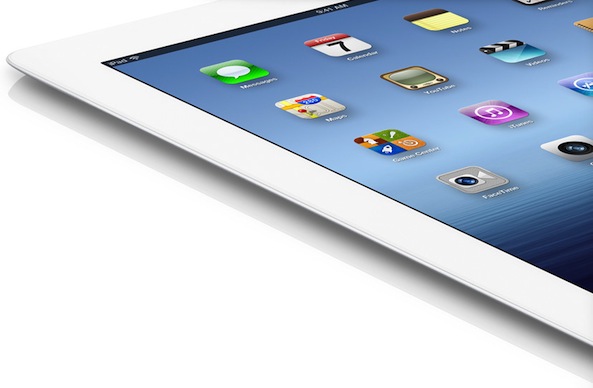 The new iPad is set to be delivered to customers some time Friday and will be available in store Friday at 8am. Some mainstream publications have gotten an early look at the new iPad and have just published their review of Apple’s third-generation tablet and its Retina glory.

I’ve been using the iPad for a week now and I’m so impressed. From the first time I turned it on and saw the Retina display, I was in awe of how good it was. Trust me, even if you watched the introduction video, you still have no idea how good this display is. You really do have to see it to believe it.

For owners of the iPad 2, this isn’t necessarily a slam dunk. While the updated features are boon to the new iPad, it doesn’t offer an experience that is significantly different from the previous version. If your screen never bothered you, and you never wanted a faster cellular connection or a better camera, there’s not a great argument to upgrade (especially considering many of you just shelled out for a new tablet less than a year ago).

However, if you’re in the market for your first tablet, or upgrading from the original iPad or an Android device, do not hesitate. The new iPad is the most functional, usable, and beautiful tablet that any company has ever produced.

If you have the original iPad, I say this is a no-brainer. If you have an iPad 2, it’s a tougher call since it still seems nearly as fast as the new iPad. But if you choose not to upgrade (or to spend $399 for the 16 GB iPad 2 now), again, treat the new iPad as if it were Medusa when you’re in an Apple Store. Do. Not. Look. At. It.

If you have an iPad 2, it’s a little harder to justify springing for the latest model now, much as you might want to. Yes, the new screen is spectacular, and 4G and the improved cameras are welcome upgrades. But you would have purchased that iPad 2 much more recently and it may be difficult to plunk down extra cash this soon, unless you have a family member who can inherit your current model.

If you’re a tablet newbie, there’s no better choice on the market than an iPad, provided — and this is a pretty big if — price isn’t an issue and you don’t want a tablet that would fit in your pocket, such as the $199 Amazon Kindle Fire.

Users of the iPad 2 shouldn’t fret: Their iPad investment is certainly good for another year. But they might not want to look too closely at the new iPad’s screen. Once you get a load of that Retina display, it’s hard to go back to anything else.

Since it launched in 2010, the iPad has been the best tablet on the planet. With the new, third-generation model, it still holds that crown.

The new iPad doesn’t introduce anything that we haven’t seen before, either in the iPhone or in rival tablets. There’s no Steve Jobs “one more thing” moment here; Apple just took its white-hot iPad and added the latest screen, battery and cellular technologies.

If you’re in the market for a tablet, here’s the bright side: For the same price as before, you can now get an updated iPad that’s still better-looking, better integrated and more consistently designed than any of its rivals.

And if you already have the iPad 2, here’s an even brighter side: At least this time around, you don’t have to feel quite as obsolete as usual.

Steve Jobs would have approved of the new iPad. With its focus on the holistic experience rather than individual boasts around its constituent parts, it’s the epitome of the Post-PC world the Apple founder envisaged. No lag or delay; no frustrating cloud settings or arcane minimum software requirements. Simply pick up, swipe, and you’re immersed in a joined-up ecosystem. Apple doesn’t need another revolution, it has already started one, and the new iPad brings a fresh degree of refinement to a segment in which it is undoubtedly the king.

Then there’s the fact that pre-orders of the new iPad are already sold out; that bodes well for demand. Apple could very well have a repeat of the iPhone 4 situation on its hands, where the biggest challenge isn’t making consumers aware of its technology, it’s building them and shipping them as efficiently as possible.

Will this kill the PC? Not even Apple CEO Tim Cook is predicting that. But if you’re making a list of things a PC can do that an iPad can’t, that list keeps getting shorter.

When the iPhone 4S launched, analysts were quick to declare their disappointment; it wasn’t called the iPhone 5 and it looked just like the iPhone 4. That phone has sold like hotcakes and been an enormous hit, even for a company that makes impressive upgrades to its marquee products year after year.

The same will be true of the new iPad.

Apple has come in for some criticism that the new iPad doesn’t offer as many new features as some had hoped. But, with the new screen and improved GPU the battery has also had to be improved and its capacity increased – it’s nearly twice as capacious as the one in the iPad 2. With all that, it’s not a huge surprise that there aren’t a raft of new features.

All day Friday iDB will be providing our readers with complete coverage of the new iPad and 1080p Apple TV.