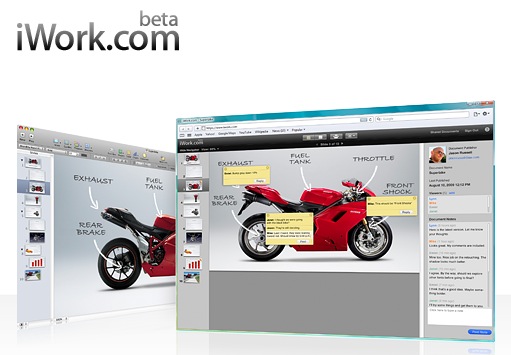 With iCloud continuing to grow with new features left and right, Apple has begun trimming the fat by announcing the imminent death of another of its cloud-based services.

The iWork.com service is set to be switched off on July 31st 2012, having never gotten out of the beta stage and barely registering for many, even those who are self proclaimed Apple fans.

Originally built to enable iWork users both on the Mac and iOS devices to share documents easily via the cloud, iWork.com became defunct as soon as the iWork iOS apps began to take advantage of the iCloud service, seamlessly syncing documents to the big server in the sky…

“Last year, we launched iCloud, a service that stores your music, photos, documents, and more and wirelessly pushes them to all your devices. Today, there are already over 40 million documents stored on iCloud by millions of iWork customers … With a new way to share iWork documents between your devices using iCloud, the iWork.com public beta service will no longer be available. As of July 31, 2012, you will no longer be able to access your documents on the iWork.com site or view them on the web.”

Of course, iCloud’s iWork syncing isn’t quite as flawless as it should be yet, either, but things are at least beginning to move in the right direction.