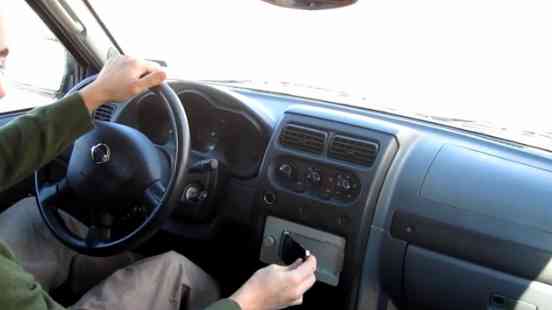 Nothing makes a long car ride go by faster than listening to your favorite music, which is obviously played through your iOS device. There are many stereos and FM transmitters that will allow you to play music from your iOS device to your car’s stereo, but nothing that quite lets you integrate it into the dash.

We’re huge fans of Kickstarter and have shown you many projects from there before, and today we’re here to show you a concept called ‘Dash‘ that lets you easily integrate your iOS device into your car’s dashboard…

The Dash replaces your car’s current stereo, allowing you to play music, talk on the phone, and even stream movies from your iOS device to an external monitor. Dash’s founder, Paul Lizer, says the Dash will ship with instructions that will guide you on how to easily install it.

With the abundance of apps on the iTunes App Store, like Pandora, iHeartRadio and Netflix, iOS devices are perfect to replace your in-car stereo. And with the Dash’s calling capabilities, it could make for a safer driving experience too.

The Dash plans to retail for $300, but if you pledge money to get the project off the ground, you only have to pay $250. In the $250 bundle you get one Dash and an iPhone 4/4S faceplate. Lizer says they’ll be adding more faceplates for other devices later on.

Will you be purchasing the Dash?