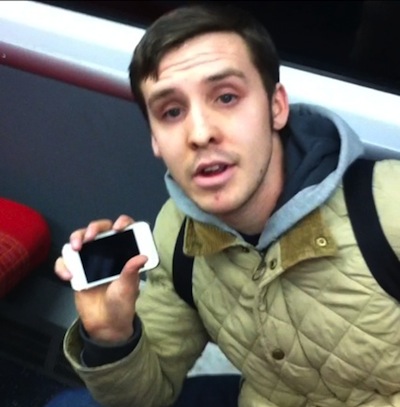 This video was taken by a man who witnessed another man stealing an iPhone from a backpack left behind on a London train. The thief had the balls to open up the bag and steal the iPhone from it in front of everyone, which enraged our amateur cameraman.

After arguing back and forth for a few minutes, the thief just grabs his bicycle and leaves the train, as if nothing had happened…

Of course this is revolting, but at least one person on this train tried to do the right thing, while other apparently stood there and watched.

If you’re in the UK and you know this man, please do the right thing and report him.

[Our SuperHero via Gizmodo]