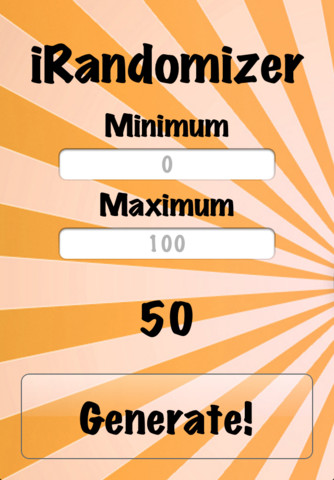 A few days ago, we told you about QuasiDisk, an app with a hidden tethering feature that sneaked into the App Store. The app was quickly pulled after being publicized on a gazillion blogs.

Today, we learned about yet another app that got through Apple’s strict approval process, hiding a tethering Easter egg. The app is called iRandomizer Numbers. It’s available in the App Store for $4.99…

On the surface, iRandomizer Numbers is a random number generator. However, if you enter “1984” in the minimum field and “31337” in the maximum field then tap “generate”, a tethering configuration screen will appear.

When contacted by Information Week, Nick Kramer, the developer of the app, claimed that:

“Reluctantly, I will admit that my application ‘iRandomizer Numbers’ does have a hidden tethering feature,” he wrote. “I say reluctantly because I didn’t plan on the feature being released. I designed the tethering functionality for my family and close friends not thinking it would be disseminated outside that circle.”

UPDATE: The app has been pulled from the App Store. It only took them 24 hours. [Thanks Andrew for the heads up]