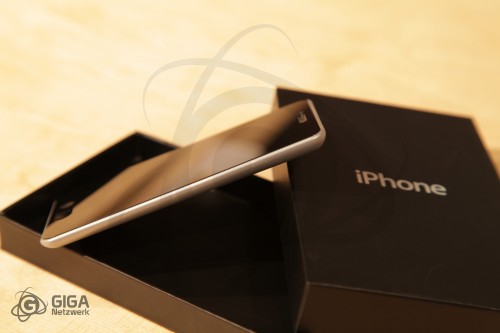 Rumors are very much part of the Apple culture, and nothing garners more speculation than the iPhone. We’re only a few months into the life cycle of the iPhone 4S, but we are already in the realms of both the sublime and the ridiculous when it comes to rumors for what will become of the iPhone 5.

The biggest rumor that just will not die is one that suggests the next generation iPhone will come with a new, larger screen. With a 4-inch part being rumored strongly, a new analyst has joined the discussion, although they are apparently unwilling to share who their sources are.

Pinch of salt in hand with this one then…

Susquehanna Financial analyst Chris Caso says the next iPhone will indeed be released with a larger screen than any of the prior iPhones, with 4-inches reportedly the sweet spot. With so many Android smartphone makers plumping for bigger and bigger screens on a monthly basis, it would make a modicum of sense for Apple to increase the size of its own model’s screen, though we still aren’t convinced.

We see similar rumors each time an iPhone is released, and so far they have been wide of the mark. While that may not be proof in itself that the 4-inch rumors are wrong, it does detract from their impact somewhat.

The news that a new analyst has thrown is hat into the ring does not surprise us either, with everyone apparently an expert in what Apple will or will not do with its iPhone these days. Our bold bid? It’ll have an old style extendable antenna as well as big rubber buttons on its face.