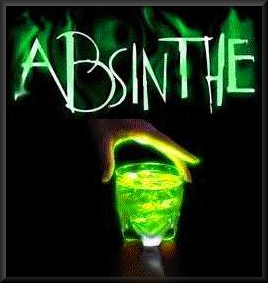 Could the tension get any higher than that? A few hours after iOS hackers working on the jailbreak for iPhone 4S and iPad 2 announced that the release was imminent, we know have more details coming directly from pod2g.

In a blog post, the French hacker responsible for the upcoming jailbreak for A5 devices revealed the name of the tool that will be released by the Chronic Dev Team: Absinthe…

A tool named Absinthe and developped by the Chronic Dev Team will install the untether on your device. Also the iPhone Dev Team will release a CLI (command line) tool to help diagnose issues and repair things if it goes wrong.

For those of you who don’t know, absinthe is a dangerously addictive psychoactive drug originating from Europe. Absinthe which is usually consumed as a beverage, was the drug of choice of poets and writers back in the day. It is believe to drive people crazy. Literally. It is so harmful that it was banned from most countries in the early 1900’s. I have had absinthe myself before (not the kind of fake absinthe you can now buy in select locations), and it is indeed a gnarly beverage. I’ll spare you the details of the craziness that followed my consumption of absinthe because this is not the place and time.

Now back on our topic.

We already knew that the Dev Team would release a CLI tool first, as reported earlier today. This way the team will be able to track down bugs and errors more easily in order to fix them before incorporating the jailbreak into the RedSn0w GUI.

The fact that the Dev Team is releasing a CLI tool first makes me wonder how confident they are about the stability of the jailbreak. The Dev Team has always gone the extra mile to release tools that have proven stable but they don’t seem really sure about this jailbreak.

I’m thinking out loud here, but I think someone really wants to get this jailbreak out the door as soon as possible, be it pod2g or the Chronic Dev Team. Because the Chronic Dev Team is just about to release Absinthe, the Dev Team probably feels obliged to release its own jailbreak too, but wants to do it the right way, allowing users to log and report bugs. Again, that’s me thinking out loud here, but it does makes lots of sense to me.

According to pod2g, Absinthe is supposed to drop any time now. Of course we’ll be covering this to the minute as things happen.

As a reminder, a Paypal account was set up so everyone can donate to the teams that have been working on this jailbreak. If you really care about the jailbreak community and want it to thrive, it might be a good idea to hit that donation button and show your support to the people who make jailbreaking possible.