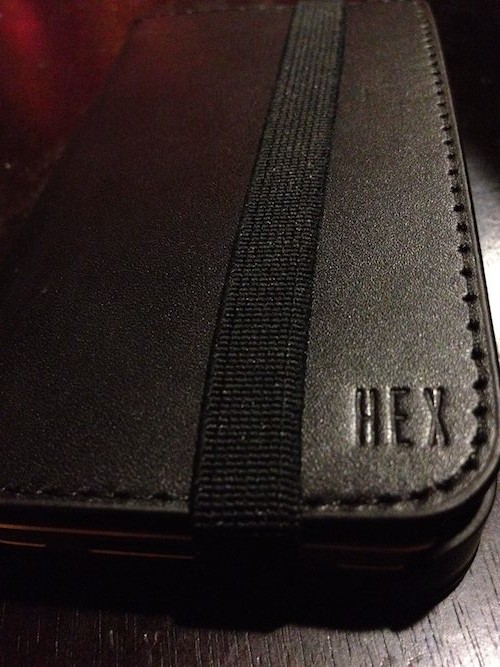 Ever since I saw Twelve South’s BookBook, I’ve wanted an iPhone wallet case. As a carrier of both an iPhone and a wallet, the convenience of combining the two was rather appealing.

But other than Twelve South’s case, there didn’t seem to be a lot of viable options available. And I didn’t necessarily like how the BookBook case, well, looked like a book. Luckily, I recently discovered the HEX Code Wallet Case.

I found the HEX Code case on Apple’s website. Made of genuine leather, it’s offered in both black and brown versions, each costing $49.95. I felt the black case looked a bit more classy than its counterpart, so I ordered it.

I’ve been using the case for three days now, and I must say I really like it. It’s gorgeous, comparatively thin, and has completely replaced my daily need for a wallet. But it does have some major caveats, so let me break it down for you.

The photos on Apple’s website don’t do the HEX Code Case justice. Much like I’ve done with the iPhone, I’ve caught myself staring at the case in reverence. It’s extremely thin, at least compared to the other wallet case combo options, and incredibly sharp-looking.

As for functionality, the case serves its purpose. I find the three card slots on the inside of the cover to be perfect for my daily errands. It holds my driver’s license, and both my bank and credit cards. If you typically carry more than three cards on a daily basis, the HEX Code will obviously come up short. More on that in a minute. 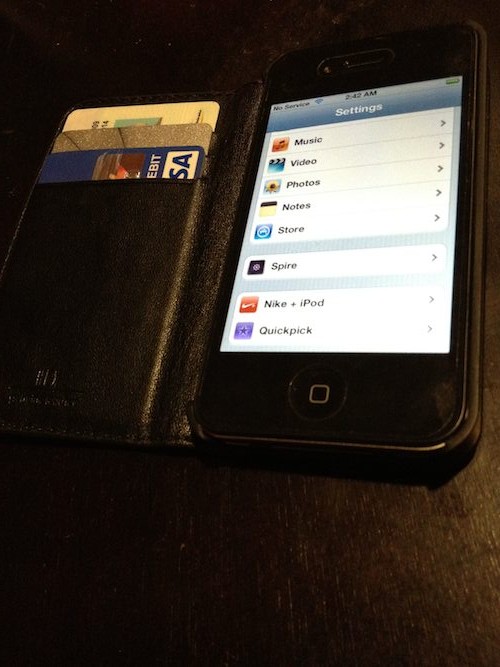 The last component I wanted to mention under the “Good” category was the case’s attached elastic band. It’s quite ingenious. When the case is closed, the band holds the front and back covers together tightly to keep the case slim.

Though the HEX Code looks great, it has some major downfalls. For starters, using your iPhone while it’s in the case is a bit awkward. You have two choices: using it with the front cover loose and flapping about, or with it folded behind your phone — both make talking on the handset and texting somewhat unpleasant.

Another caveat of the case is that there are only three card slots. While I found this to be just fine for my needs, others who require more card space or room for other items in their wallet might find this to be a deal-breaker.

The biggest problem with the HEX Code Case, for me at least, is that there isn’t a camera hole. This means that if you want to snap a quick picture of something, you must completely remove your iPhone from the case to do it. Obviously I knew this when I ordered the product, but I guess I didn’t think it’d bother me as much as does. I’m seriously considering cutting a hole in the case. 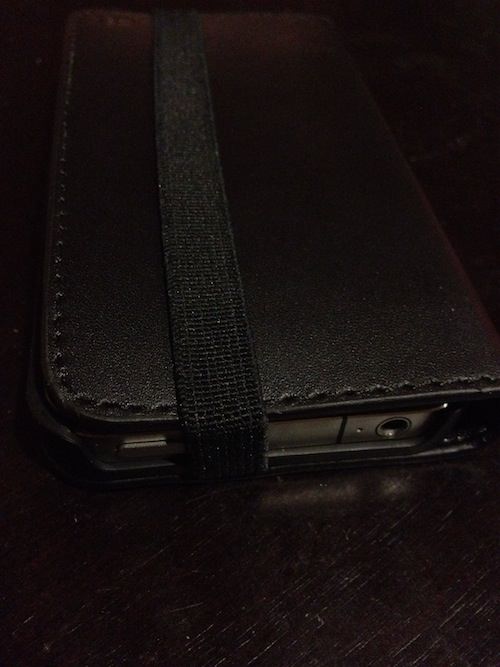 But issues aside, I love the HEX Code case. So much in fact that I continue to put up with the above-mentioned annoyances. I would happily recommend it to anyone looking for a classy wallet-case combo in the $50 range.