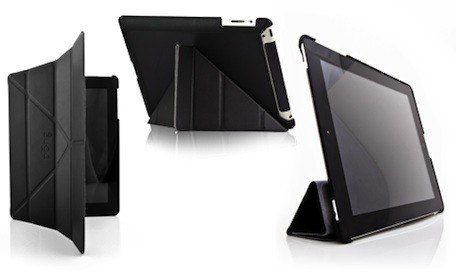 Interesting news from Ars Technica tells us that the iPad has a proximity sensor, just like the iPhone. The 36-equipped iPad’s sensor is there to tell the tablet when to dial back its cellular radio. Why, you ask? According to the report, Apple doesn’t want the radio running full tilt when it is close to a human.

This sensor is also triggered by some iPad cases, meaning that 3G iPads may spend most of their time with their 3G radios running for no good reason. That’s where a new iPad case comes into play… For $100, Pong Research will sell you a special iPad case that features a hole just where the iPad’s proximity sensor is located, thus eliminating the problem. It may sound simple, but it is effective.

What makes the Pong iPad case even more impressive is its ability to redistribute the radiation that is put out by the iPad, which should help to negate the need for the proximity sensor in the first place.

It also helps that the iPad 2 case is a nice thing to look at, too!