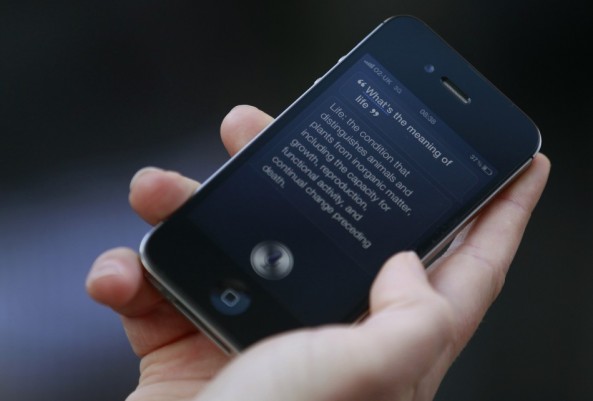 Apple recently stated in a support email that it has no plans to bring Siri to older iDevices, and many are wondering why. If it’s just a matter of software, then Apple’s decision to not bring Siri to non-4S devices can be seen as a simple marketing gimmick. If other devices can run Siri like the iPhone 4S, then why not make it available for everyone?

Porting Siri to other iDevices involves more than just software, as there are some noticeable hardware differences in the iPhone 4S.

In a teardown by iFixit, it is revealed that the proximity sensor in the iPhone 4S behaves differently than previous models.

“During our iPhone 4S teardown, iFixit buddy Markus noted that the new iPhone had a rather unusual-looking black component next to the ambient light sensor. We didn’t make much of a fuss about it since we were knee-deep in disassembly pictures, but the little black box certainly piqued our curiosity.

Now that the teardown is wrapped up, we’ve re-opened the mystery and made a neat discovery about the 4S: that black component is an infrared LED, and the little bugger almost always wants to know if you’re nearby.”

Instead of only turning on when something like a call is initiated, the iPhone 4S proximity sensor turns on whenever the device’s screen is activated. The logical reason for this behavior is Siri — Apple wants the 4S to be able to know where your face is at all times so Siri can pick up your voice.

The proximity sensor also helps Siri’s ‘Raise to Speak’ feature, where a user can lift the iPhone 4S up and use Siri as if a call is taking place. This, combined with the fact that the iPhone 4S microphone seems to be of higher quality than its former iterations, seems to indicate that Siri will not work as well on older iDevices.

We’ve seen video of Siri working on the iPhone 4 and iPod touch 4G, and the processor difference doesn’t make Siri run any slower. If there are any hardware limitations that keep Siri from offering a consistent experience across iDevices, those limitations seem to be in the sound department.