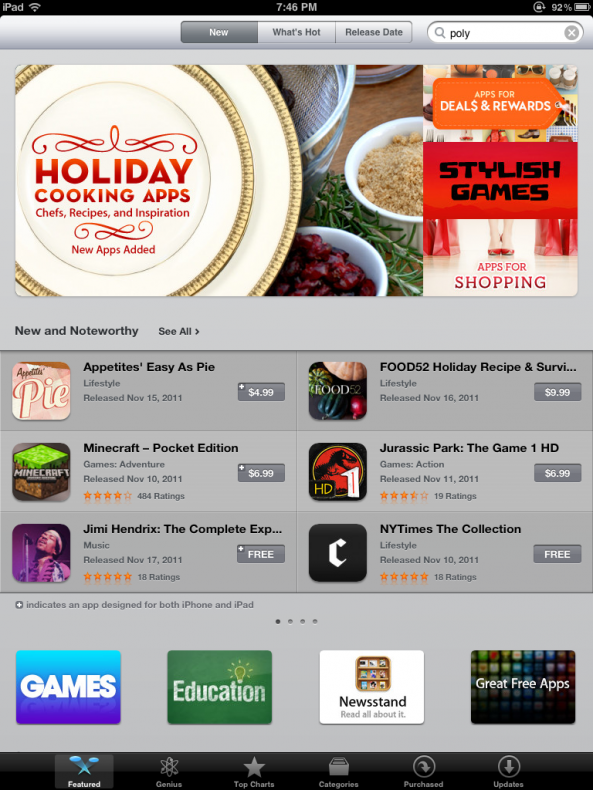 Christmas is always a busy time of year, but if you are the developer of an iOS app, then Christmas can be the busiest time of the year.

As everyone knows, Apple is very strict about testing out each app before it is given the green light to enter the App Store. Add into the equation all the new iOS device owners that are added each Christmas, and the holidays can either make or break a company’s yearly profits.

To make the season even more stressful on developers, Apple is getting ready to stop taking app submissions, with tomorrow being the cut-off date for the holidays. Submit a new app after Tuesday, and it will not be accepted in time to hit the App Store before the lucrative Christmas timeframe.

If a developer merely wishes to update an existing app, be it to add functionality or to squash bugs, they have until Thursday to submit their app for Apple’s perusal, leading some developers to have their app out early and then get any bugs fixed on the fly due to the extended timescale.

Developers for rival platforms such as Google’s Android need not jump through the same hoops, meaning they can release apps and update others without the need to go through the Android Market’s overseers.

The reason for developers wanting to get their apps out in time for the Christmas gift opening is obvious, and app developer Bryan Duke explained to The New York Times what a difference timing can make.

“One of his apps is an air hockey game that costs 99 cents and usually averages about 300 downloads a day. But on Christmas Day last year there were 1,834. Apple keeps 30 percent of the revenue.”

If you’e an independent developer, that is a potential cash cow you won’t want to miss!