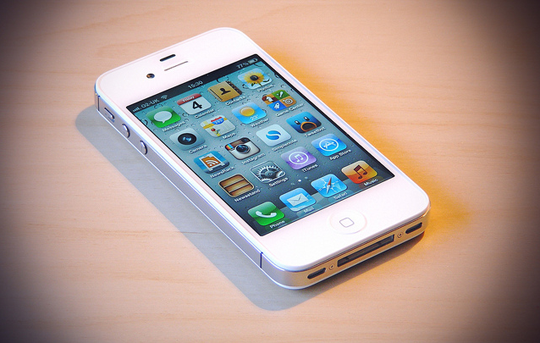 What’s better than 30 million? How about 190 million. Morgan Stanley analyst Katy Huberty has predicted that Apple is set to shatter its previous sales records in 2012, with 200 million iPhones expected to fly off the shelves.

Oddly, more consumers are expected to buy iPhones in the first quarter of next year rather than this holiday 2011 quarter. Demand for the iPad isn’t weakening, either. 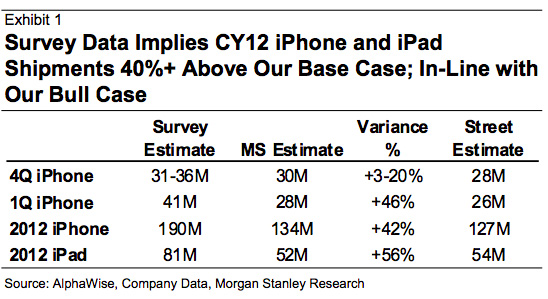 The AlphaWise survey conducted for Morgan Stanley also relates interesting data on the iPad. Apple’s successful tablet is set to sell 81 million units next year, but Huberty suggested that the company could sell 15 million more if it dropped the iPad’s price to $399 for the entry-level model. With rumors of a 8-inch iPad circulating, there’s a chance that we’ll see a price drop on Apple’s next-generation tablet in 2012.