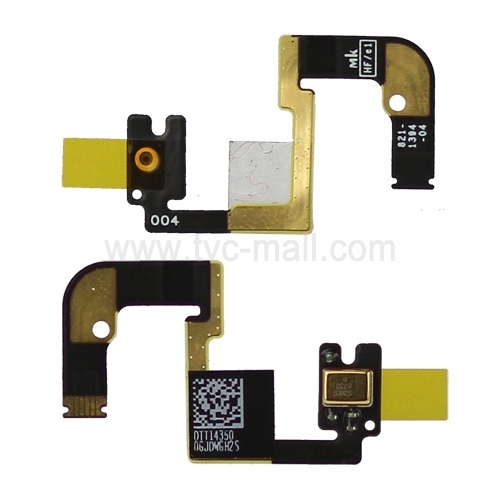 If there is one thing with more leaks than a broken sink, it has to be the iOS device parts industry. No big iPhone or iPad release goes by without at least one of its various internal parts leaking out of one of Apple’s manufacturing partners.

The rumored iPad 3 is no different, with photographs of one such part leaking out via Cydia Blog. The part, reportedly an iPad 3 microphone flex cable, is currently available for purchase from TVC-Mall along with two other supposed iPad 3 parts which leaked earlier this year.

“The new part, when compared with iPad 2, shows a different arrangement in internal circuitry, hinting at a major re-design. The tail end of the part makes a “U-turn”, whereas the iPad 2′s Microphone Mic Flex Cable makes almost 90-degree turn both ways. Except for few details, the leaked part so far doesn’t offer a tantalizing tease.”

As has rightly been pointed out by MacRumors, a change to internal components is not necessarily a sign that Apple will be bringing an externally remodelled iPad to market. Changes to the parts used inside the machine to accommodate larger CPUs, etc. could mean a different cable is required when the device is being designed.

One of the few things we are sure about leading up to rumor-silly season is that we are in for many, many more possible leaks and photos of supposed iPad parts as we move closer to an iPad 3 announcement.

Hold on tight folks, it’s going to be a bumpy ride!