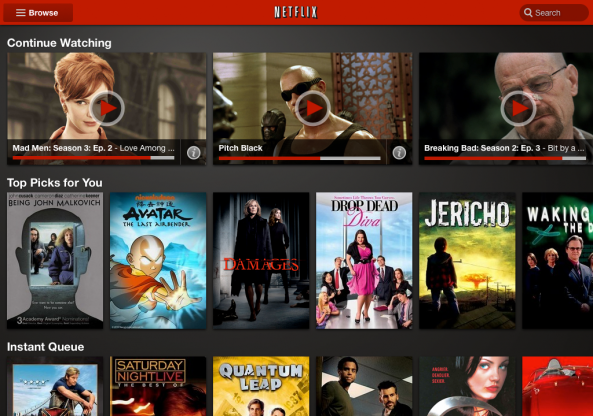 We teased you with the updated version of Netflix’s iPad app several weeks ago, and the redesign has officially gone live in the App Store. Netflix 2.0 for iOS brings with it a revamped iPad interface and several cosmetic changes.

Requiring iOS 5, Netflix’s updated app is available for free in the App Store.

The new layout is great, and it makes browsing Netflix a much more enjoyable experience on the iPad. Buttons and other controls are prominently displayed for quick access. You have multiple ways to browse different types of content, and all of the features from the previous app are still included. Netflix’s iOS app still doesn’t support AirPlay, however.

Let us know what you think of the new Netflix iPad app in the comments!