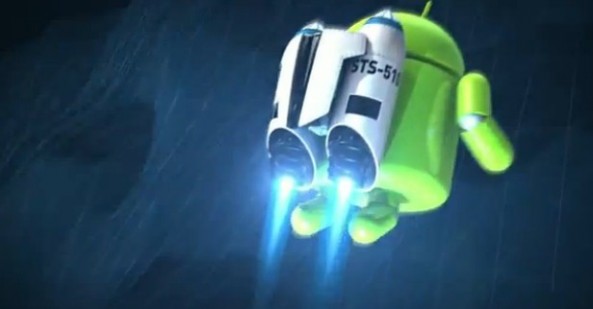 Google is reportedly working on its own version of Siri for upcoming Android devices. The project has been given the internal codename of “Majel” (a reference to Majel Barrett-Roddenberry, the Federation Computer from Star Trek) and is meant to be an evolution of the current voice recognition technology in Android, Voice Actions.

Siri is by far the iPhone 4S’s hottest feature, and Apple has used marketing to put itself in the lead once again with the rest of the industry now forced to play catch-up. Will Google’s upcoming assistant be the competition that Siri needs?

Android and Me has the info on the Majel project:

Majel is an evolution of Google’s Voice Actions that is currently available on most Android phones with the addition of natural language processing. Where Voice Actions required you to issue specific commands like “send text to…” or “navigate to…”, Majel will allow you to perform actions in your natural language similar to how Siri functions.

Speaking of actions, it sounds like only Google search queries will be included with the initial release, that could come as soon as this year. I say this year because I’ve heard that engineers at Google X are working around the clock on finishing the first release and the NYTimes previously reported that one product would be released by Google X this year.

An early-2012 release seems to be the plan for Google’s secret project, but the exact date is not known. In a recent interview, a Google executive hinted at what the future of its voice technology holds:

“Our approach is more like Star Trek, right, starship Enterprise; every piece of computing surface, everything is voice-aware. It’s not that there’s a personality, it doesn’t have a name, it’s just Computer.”

This ‘Star Trek’ approach lines up perfectly with the codename that’s supposedly been given to the project. Andy Rubin, the man in charge of Android’s development, famously said that smartphones were not meant to be assistants, just tools for communication with other people. It appears as though Siri has forced Google to wake up and get its head in the game.

To top it all off, The Next Web is reporting that Google has bought Clever Sense, the makers of the Alfred recommendation app for the iPhone. If you recall our review of Alfred, you’ll remember that the app performs Siri-like actions by interpreting natural language. The buyout makes perfect sense in light of where Google is headed in the voice technology department.

Will Android be the first real competition for Siri? We doubt it, but we’re willing to have Google prove us wrong.