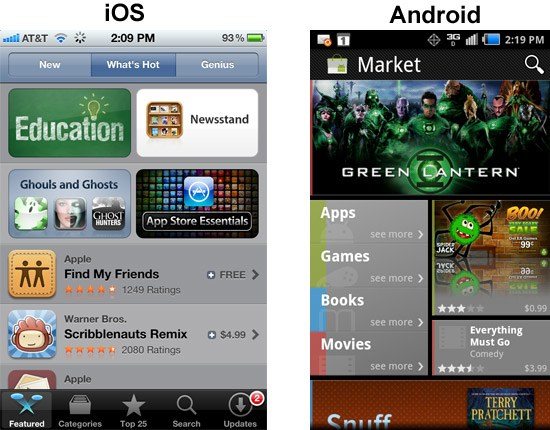 Google’s CEO Eric Schmidt made some waves at the recent Paris-hosted Le Web conference with comments regarding Android and its iOS competitor. Schmidt was at the conference to talk about Android’s big update, Ice Cream Sandwich.

During his speech, the CEO made a pretty big 6-month prediction for Google’s mobile platform, saying things like “developers will soon start choosing Android over iOS.” But a recent research report from Flurry Analytics suggests otherwise.

According to the marketing research firm, 75% of all mobile software startups chose iOS last quarter. That number is up from 63% in Q1 of this year. Could there really be a 50+ point swing in the next 6 months? It doesn’t seem likely. 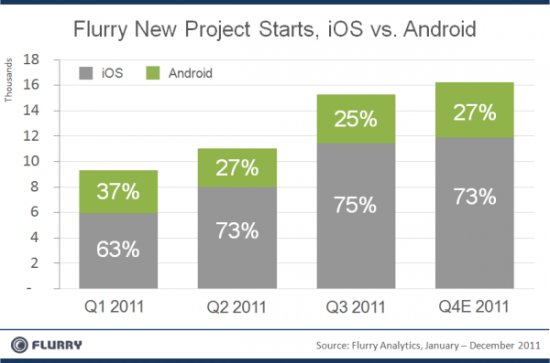 So, why are developers choosing iOS over Android? On top of the huge fragmentation problem that plagues Google’s platform, it seems that money is also a major factor. According to Flurry’s research, Android developers make less than a quarter (24%) of what their iOS counterparts do.

Keep in mind that Flurry’s research only accounts for 25% of all apps downloaded from the App Store and Android Market, so it doesn’t include every application. But a quarter of the market is still a sizable chunk to pull data from and the numbers can’t be that far off from the overall totals.