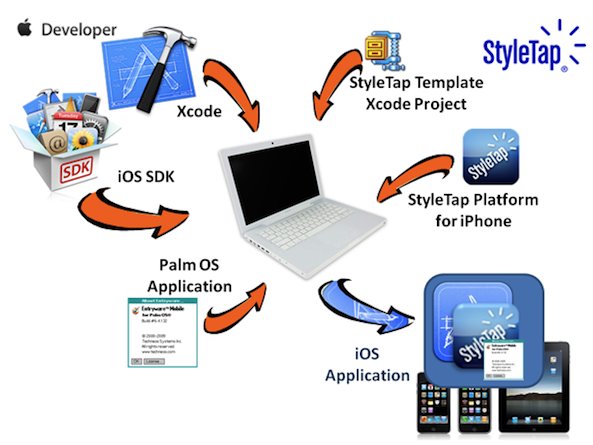 Palm fans haven’t been the only ones to mourn the demise of the aged platform. Now the few developers who made it their job to create Palm OS apps have a lifeline, and it’s a lifeline that could open up a brave new world of mobile app development for those who have been left behind.

StyleTap’s new iOS Wrapper SDK allows developers to take their old Palm OS apps and make them ready for submission to Apple’s App Store. Whether Apple sees fit to accept the submissions, though, is anybody’s guess.

Until now, StyleTap’s wares were only available via the jailbreak community because the emulation it used violated some of Apple’s App Store policies. This has since been cleaned up, and StyleTap has released an SDK that will allow Palm OS developers to take their existing apps and have them wrapped in iOS-ready code.

How useful this will really be to anyone, we’re not really sure. Would these old Palm OS developers not be better spending their time getting up to speed on native iOS apps, and using Xcode?

Do you have an old Palm OS app you’d like to use on your iPhone? We’re drawing blanks.