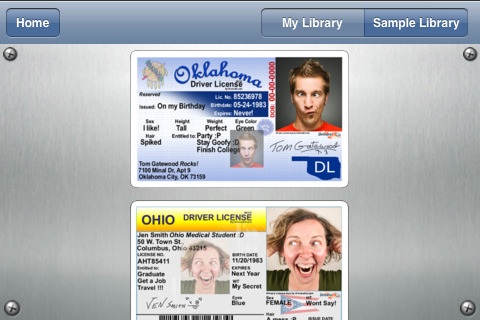 Reports are coming in this morning that Apple has just removed Drivers License from the App Store. The software allowed iPhone and iPod touch users to easily create digital fake IDs by inserting photos into authentic-looking state drivers licenses.

Drivers License has been in the App Store for over two years. According to the Coalition for a Secure Driver’s License, Apple has decided to pull the software in response to a recent letter it has received from US Senator Bob Casey.

“The “License” application by DriversEd.com for Apple iPhone, iPod touch, and iPad allows users to electronically insert any digital photo and the biographic information of their choosing into a template for a driver’s license of a state of their choosing. The “License” application contains templates for driver’s licenses for all 50 states, many of which are of designs that will be valid for the next several years. The user is then able to send the high quality digital image of the completed template to an email account. From the email attachment, the image can then be printed and laminated, creating a high quality counterfeit driver’s license difficult to discern from one that’s genuine.”

The company is no stranger to pulling applications from its coveted App Store. Especially if the app is rustling a few feathers. You may recall earlier this year that Apple removed the Gay Cure app just 5 days after approving it thanks to an extensive petition.

We’re not sure which is more interesting, Apple pulling the Drivers License application, or the fact that it approved it in the first place.