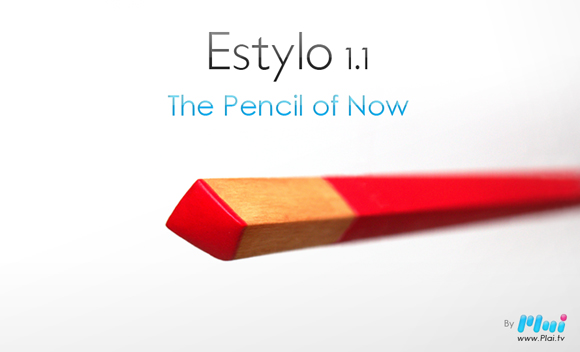 Steve Jobs and Apple famously said that if you needed a stylus to operate a tablet then you had already failed, and while we would agree with that sentiment, sometimes you still need a stylus for the iPad. Those that annotate documents or draw on their Apple tablets can tend to prefer a more tactile experience.

A Kickstarter project by the name of Estylo 1.1 from Plai wants to offer a stylus experience for iPad users. While we have seen plenty of similar products pop up over the years, this one has two particularly interesting traits: it’s made of wood, and it’s magnetic.

Estylo 1.1 is the first and ONLY wooden stylus to work on capacitive touch screens such as that of the iPad.

Designed for artists seeking greater accuracy over their work, it can also be used for writing or simply navigating the web. Inside Estylo we use high quality conductive materials so that no extra pressure is needed for it to be detected. In other words, Estylo is the pencil of NOW.

The pencil has two tips – one on each end – offering two different sized points for working with. One is more suited to drawing, while the other is aimed at offering the best writing experience for taking notes.

The Estylo is available in a selection of colors and in both magnetic and non-magnetic options. The magnetic one will work even when a Smart Cover is used, which is a nice bonus.

The Kickstarter project has already reached $33,000, which is way above the $3,500 goal set by the project’s owners. If you still want to get in on the wooden action, you can still donate and claim your Estylo when they ship.

Will you be buying an Estylo, or do you already have a solution that works for you?