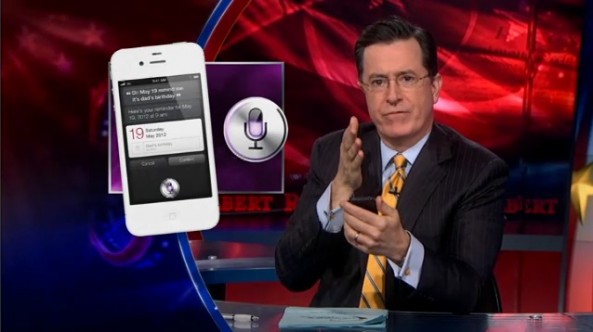 Apple issued a statement to The New York Times saying that the whole issue was a glitch that’s going to be resolved quickly, however, that hasn’t stopped Colbert from hilariously spinning the story into a comedy bit you won’t want to miss.

Here’s the clip from Comedy Central:

We are aware that the video is formatted in Flash, and there’s nothing we can do about it. We’ll update the video with a YouTube version when it’s made available.