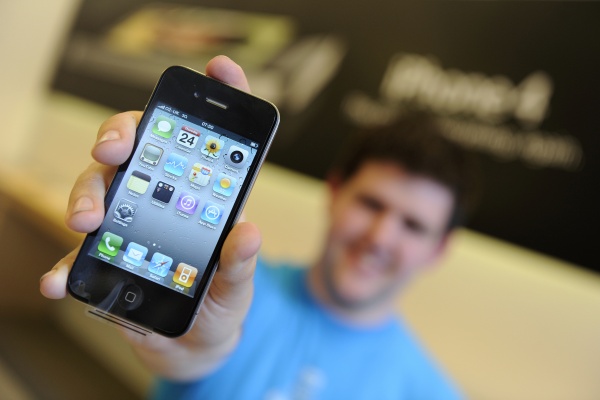 We love our iPhones here at iDB, and even if we do play with an Android or Windows Phone 7 device here and there, we always come back to our iDevices without fail.

According to a new study by research firm GfK, we’re not the only ones captivated by our fruity phones. The report claims that of the survey’s 4,500 participants across Britain, France, Germany, Italy, Spain, Brazil, China, the United States, and Japan, 84% of current iPhone owners said they would buy another iPhone in the next twelve months.

That number drops to a comparatively low 60% for Android users…

The news comes as Android is in the midst of a pivot, with Android 4.0 Ice Cream Sandwich seeking to make Google’s offering more attractive, and less daunting to those not so tech-savvy. Perhaps a more user-friendly user interface will help Google’s OS keep users moving forward, and Ice Cream Sandwich does appear to be just the ticket.

GfK analyst Ryan Garner suggested that Apple’s lead may diminish as others catch on:

”Apple is clearly ahead of the game, but developments next year will challenge that”

RIM’s BlackBerry also popped up in the survey, with just 48% of existing owners saying they would stick with the brand for their next purchase.

Windows Phone 7 is also coming to the forefront with some recent software upgrades, but the platform doesn’t garner half of the loyalty that iOS and Android possess.

Will you be buying a new iPhone as your next smartphone, or are the new Android handsets on the horizon enough to tempt you away?