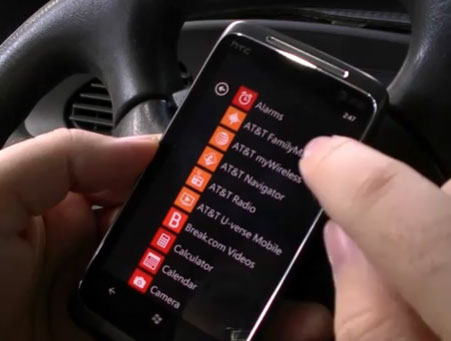 While most carriers jump at the chance to offer Apple’s popular smartphone, others aren’t so keen on the device’s accompanying terms. An iPhone partnership usually means large, long-term commitments and other compromises that some operators just won’t make.

Even Apple’s infamous “no bloatware” policy can be enough to keep a company from carrying the device. And according to The Wall Street Journal, that seems to be what’s stifling the negotiations between Apple and NTT DoCoMo, the largest carrier in Japan…

If you’ve owned a smartphone other than an iPhone, chances are you know what ‘bloatware’ is. It’s the collection of apps pre-installed by a carrier that helps them generate revenue. AT&T smartphones, for example, come with apps like AT&T Navigator and AT&T Radio.

Apple, however, doesn’t allow carriers to do this with the iPhone. It’s one of the many rules to becoming an iPhone partner, and apparently it’s one of the Cupertino company’s major obstacles in closing a deal with NTT DoCoMo.

“The closed operating system of the iPhone also limits NTT DoCoMo from pre-installing some of its applications—including its e-wallet, which allows consumers to pay for merchandise with their smartphones, as well as its i-mode email service—which Mr. Yamada said are import for Japanese customers.”

It’s a well-known fact that Asia, and its billions of wireless subscribers, is a major focus for Apple. But don’t expect Tim Cook and company to fold on the ‘no bloatware’ policy anytime soon. It’s part of what makes the iPhone’s user experience so unique.

Pre-installed software is not only a memory hog, it can affect a handset’s performance. And it’s not like Apple doesn’t already have a major presence in Japan. The Cupertino company has partnerships with both Japan’s number two and number three carriers.

What’s your opinion on carrier bloatware? Should Apple give in?