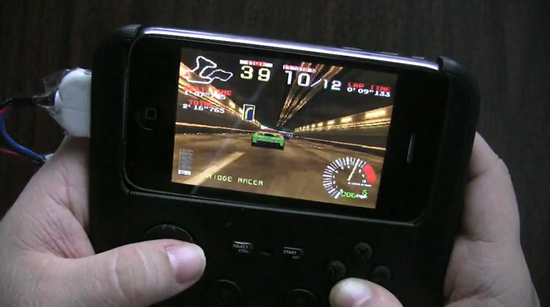 We’ve been hearing about the infamous iControlPad for nearly three years now. We first reported on the accessory back in 2008, when it was still in early stages of production. Then we didn’t hear a peep about the product until the Summer of this year.

The iControlPad was soft-launched back in July, but it still had some major hurdles to overcome. The inventors didn’t have any major distribution partners, and third party compatibility was non-existent. But that has all changed with ThinkGeek’s support…

Now that the iControlPad is ThinkGeek-backed, customers can purchase the gaming accessory through the site’s illustrious online store. The ThinkGeek boutique carries everything from Star Wars memorabilia to “canned unicorn meat.”

The site also happens to be the driving force behind the iCade, another iOS gaming device. This works in the iControlPad’s favor, because ThinkGeek has made it compatible with iCade’s SDK. Now any game that’s iCade-compatible, it’s iControlPad-compatible, too.

As Cult of Mac points out, the major downfall of this accessory is its price. At $75, it might not appeal to everyone. But the iControlPad is cool nonetheless — imagine playing a first-person shooter on the big screen using this accessory and AirPlay mirroring.