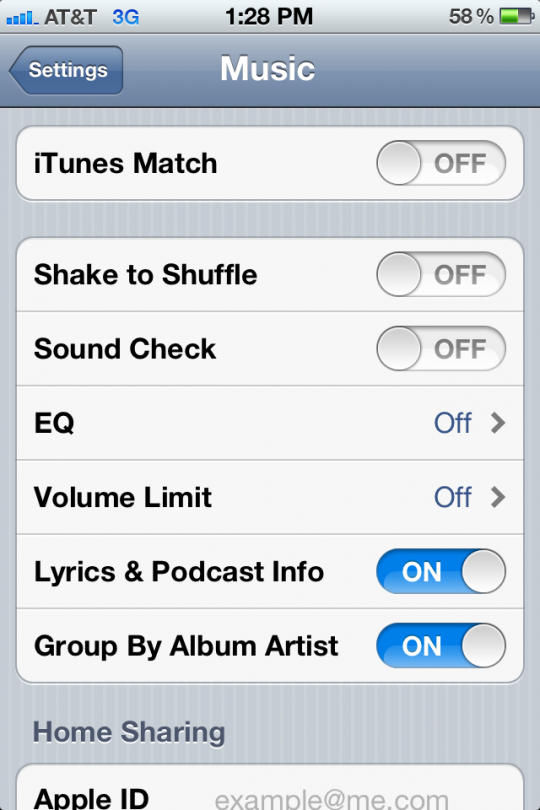 MacRumors has made an interesting find in iOS 5. Apple has enabled a toggle for iTunes Match in the Music section of the Settings app.

Also, an iTunes Match page has been added to the iTunes Store on the desktop. Apple has said that it plans to launch iTunes Match in the US by the end of the month…

If you visit the Music section of the Settings app on an iDevice running iOS 5, you will see that Apple has enabled an iTunes Match toggle. This option was previously only available to developers testing beta builds of iOS 5. The toggle disappeared for developers a few days ago but has now turned on again for both developers and the public.

Trying to enable iTunes Match in iOS 5 results with a message saying, “You are currently not subscribed to iTunes Match. Use iTunes on your computer to subscribe.” 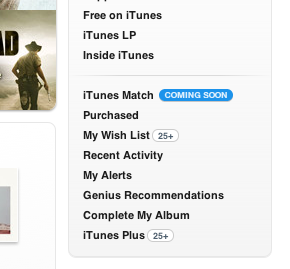 On the desktop, you will find a new iTunes Match link in the right sidebar of the iTunes Store. Clicking that link will take you to this splash page:

iTunes Match will be $24.99 per year. The service will offer a user’s entire music library in the cloud for streaming and downloading on any authenticated iOS 5 device.

Apple promised at its last media event that iTunes Match would go live in the US by the “end of this month,” with international availability rumored to happen by the end of this year. Customers in Australia, Austria, Canada, Germany, Ireland, and the United Kingdom have all reported “coming soon” banners for iTunes Match.

There will likely be an update to iTunes on the desktop to coincide with the iTunes Match US launch. This setting appearing in iOS 5 indicates that the release is very imminent.