We’ve all spent a day or two with our iPhone 4S handsets, and we’ve been merrily chatting away with Siri, our new best friend. During those chats we’ve discovered one or two useful little tips that you may not be aware of that can make everyone’s use or Siri a little more fun.

Siri, for those who’ve been hiding in a cupboard or shipwrecked on a desert island, is Apple’s latest innovation to come to the iPhone. The idea is to give users their very own digital assistant, which really boils down to voice-activated commands. It is, of course, a little more interesting than that, and the way users can talk to their iPhones in real-world language is, at times, a sight to behold.

Let’s get onto the tips…

While the whole point of Siri is being able to tell it what you want to do using the power of your voice, it doesn’t always get it 100% right. We’ve noticed a couple of occasions when the system has recognized what we’ve said for the most part, but got a couple of words wrong. 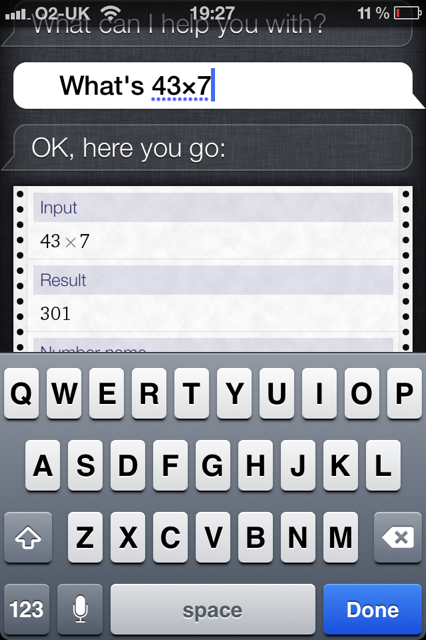 Rather than starting all over again, we noticed that you can actually tap on what Siri thinks you said, and then edit it. Once edited, you can then resubmit it.

We’re not sure if that will help Siri to learn in the long-term, but we sure hope it does.

Change What Siri Calls You

You may have noticed that sometimes Siri refers to you by name during some of your conversations. If, like me, you prefer to be called something other than your full first name, you can actually tell Siri to do just that. 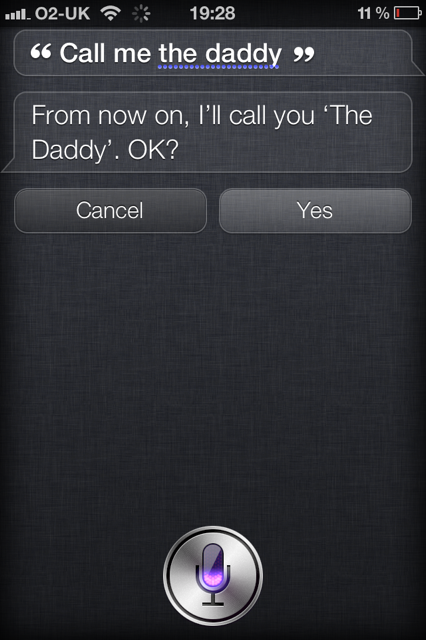 Siri will then confirm, and you’re done.

Tell Siri About Your Family

If you spent all your pre-iPhone 4S time watching Apple’s Siri demo videos, the chances are you noticed various overly-attractive actors asking Siri to call or message people using names like ‘Mom’ or ‘my wife’ instead of actual names.

There are two ways this can be achieved. My personal favorite is to just tell Siri what your relationships are to people in your contacts list.

For example: “Siri, my wife is x” will result in the software asking for confirmation that your wife is indeed this ‘x’ person we keep talking about. 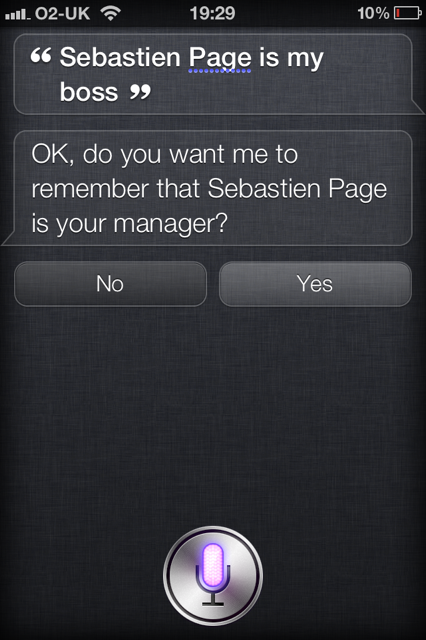 This works for other relations, too. Fathers, mothers, uncles, in-laws — pretty much anyone.

You can also do this the manual way. Fire up Contacts, find your own entry and tap edit. Now, you can add a new field and then choose “related people.” You’ll be presented with a long list of possible relationships. Tap the one you want, link it to the person’s contact and you’re golden.

There is, however, a caveat to this.

If you’re using iCloud as your contact syncing service of choice, you’re fine, no problems at all. If you’re using Google as the center of your universe though, it’s a whole different kettle of fish.

See, Google’s contacts system only has three options for your related people – spouse (this will work for wife and husband just fine,) manager, and assistant. That’s it.

This means that you can’t set your parents, kids or other relatives in either of the ways outlined above. Siri will try to do it if you let it, but you’ll end up with an assistant or manager that you didn’t know you had!

There is a way around this if my own experiences can be replicated. To get the same functionality as iCloud users, I’ve given my relatives nicknames of mum, dad and so on. Siri seems to search nicknames when looking for contacts just the same as it does related people, so this works surprisingly well. Give it a try and let me know if that throws up any issues for you, or indeed if you have a better workaround yourself!

Hopefully these tips will prove useful, and do let us know in the comments if you’ve got anything else to share. It’s the early days of Siri, and we’re all learning together!