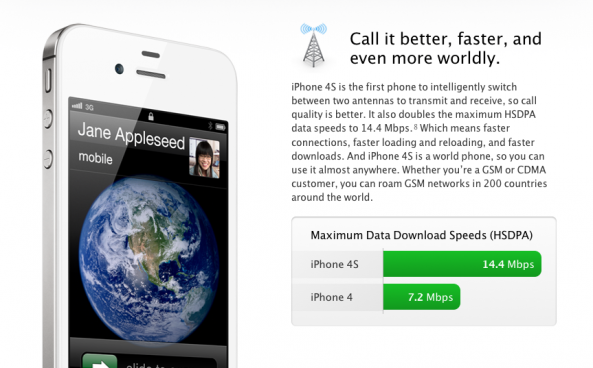 Remember the iPhone 4 antennagate debacle? For those of you who don’t, when Apple released the GSM iPhone 4 last year, users began to notice that when the handset was held with the left hand, connecting the two antennas, cell reception dropped significantly (this was dubbed the “death grip”), often resulting in complete signal loss.

Last week, Apple announced the new iPhone 4S, in addition to an improved 8MP camera, Siri, and new A5 processor, included a redesigned antenna…According to Apple, the iPhone 4S is the first phone that  ‘intelligently switches’ between its two antennas, providing improved call quality and faster data speeds. Additionally, it looks like the new antenna in the iPhone 4S also resolves the death grip issue.

Aren’t you glad that you no longer have to hold your iPhone “a different way”?