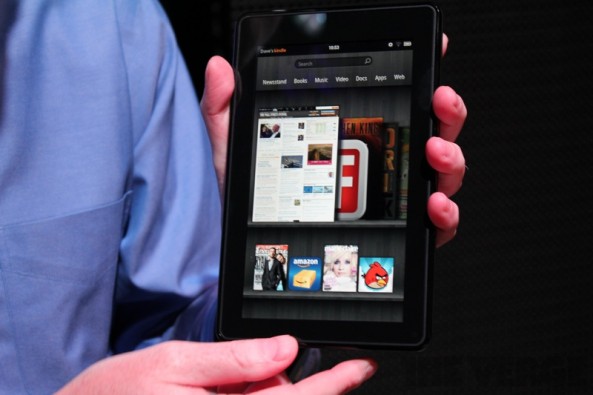 Today Amazon unveiled the ‘Kindle Fire’ tablet and the e-ink ‘Kindle Touch’ reader. Priced at $199, the Kindle Fire is a full-featured tablet running Android under the hood with an interface that is totally Amazon’s.

The Kindle Fire will closely integrate with Amazon’s web services to offer eBooks, music and movies on the device’s seven-inch touch display.

Bloomberg leaked the details on Amazon’s new tablet right before the press event this morning:

“The Kindle Fire will have a 7-inch display and sell for $199, compared with $499 for Apple’s cheapest iPad, Amazon executives said in interviews with Bloomberg Businessweek. The device, a souped-up version of the Kindle electronic- book reader, will run on Google Inc.’s Android software, the Seattle-based company said.”

The Kindle Fire will be offered with a free 30-day of Amazon Prime ($79/year value). The tablet has no cameras or microphone for video calling. Amazon is promoting the Kindle Fire as a content consumption device, while Apple touts the iPad’s ability to create and consume content.

The Kindle Fire sports a dual-core processor and Wi-Fi connectivity. Amazon will not offer a 3G version. The tablet will run Amazon Silk to enhance the web browsing experience for customers.

Amazon will be releasing the Kindle Touch as a cheaper counterpart for the Kindle Fire this Thanksgiving, priced at $99/$149 for Wi-Fi/3G variants.

Alongside the Kindle Fire, Amazon also introduced the sucessor to the Kindle eBook reader: the Kindle Touch. The Wi-Fi e-Ink reader will be offered for only $99. 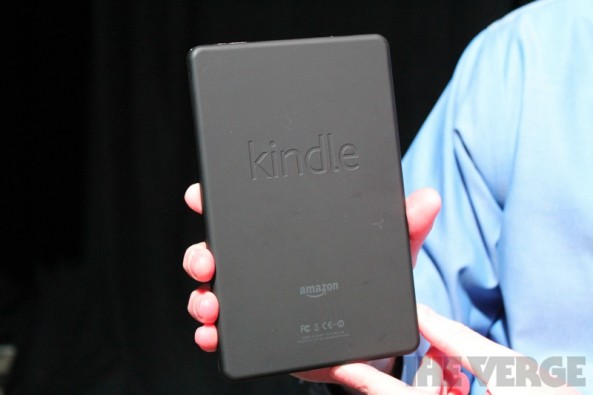 Amazon has its own app, music, books, and movies store to offer content to customers. The Kindle Fire is cheap, and Amazon is a respected brand. People will buy this tablet. iPad owners won’t buy the Kindle Fire, because the iPad already does everything Amazon can do and more. The Kindle Fire is not an iPad competitor; it’s meant for a different audience.

If the Kindle Fire does incredibly well, Apple may take notice and offer a cheaper iPad. But that remains to be seen. For now, Apple will keep doing what it does best: making awesome products.

The Kindle Fire will be available on November 15th, with pre-orders starting today.

(images via The Verge)