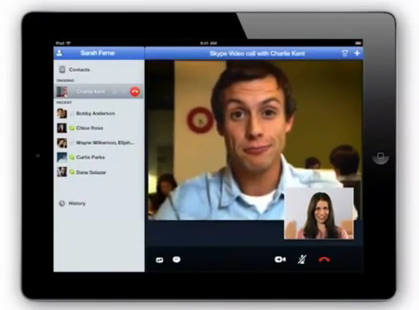 Skype has updated its iPhone and iPad apps in the App Store with several new changes and features. Bluetooth headset support has finally been added to Skype for iOS. A “bugfix for security vulnerability” has also been added, making us think that the privacy vulnerability from earlier has been patched.

Anti-shake technology has also been introduced to help stabilize users’ video streams during a call. Skype has also added in-app advertisements for those who haven’t purchased Skype credit…

According to Skype, “advertising will be shown to users that do not have Skype Credit, a calling subscription or premium subscription.” Those that haven’t purchased credit will undoubtedly hate this change.

Skype also noted that its iPhone app has been downloaded a staggering 60 million times. Bluetooth and image stabilization are welcomed additions to the app.

Here’s a video demo of Skype’s anti-shake feature in action:

Are you upset that Skype is adding advertisements to its iOS app?