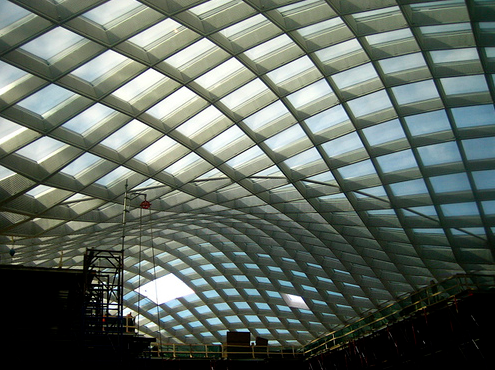 Flat glass panels are so 2011! That’s at least what smartphone manufacturers are thinking, according to this article from DigiTimes. It appears that the new trend among smartphone makers is going to be curved glass.

As usual, Apple is ahead of its game as the company reportedly invested in glass-cutting machines earlier this year to equip its reluctant assemblers to invest in this new and unproven technology…

“Curved cover glass may be the next big thing in terms of handheld device designs as both Apple and the non-Apple camp are reportedly gearing up for the releases of products with curved touchscreens in the first half 2012, according to industry sources.

Suppliers of the non-Apple camp are working on products with curved cover glass in attempts to gain a competitive edge in the handheld device market dominated by Apple, sources in the glass industry said.”

Curious what curved glass would look like? Have a look at this older iPod Nano.

The benefits of curved glass are somewhat neglectable. Apart from the aesthetic advantage it gives to the device, the only other benefit might just be that it would feel better in your pocket.

Expect future devices to have a more rounded shape. If not Apple, other manufacturers will most likely adopt this new engineered design.