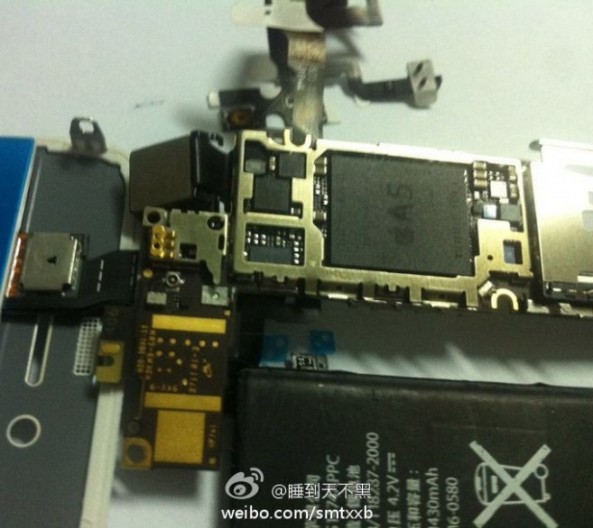 An interesting image surfaced on Weibo recently, and it has been making its way around the tech blogs this morning. The photo seems to depict the guts of an Apple product, as you can see the company’s logo next to the A5 branding.

A lot of folks believe that the innards belong to the iPhone 5, but we’re not so sure. As most of you know, we’re expecting both a redesigned handset and a retooled iPhone 4 from Apple this Fall. And we think these parts belong to the latter…

If you notice in the image above, to the left of the electronic cluster sits the top of a display panel. As TheNextWeb points out, this panel looks an awful lot like the one on the prototyped N94 device that BGR outed earlier this year. 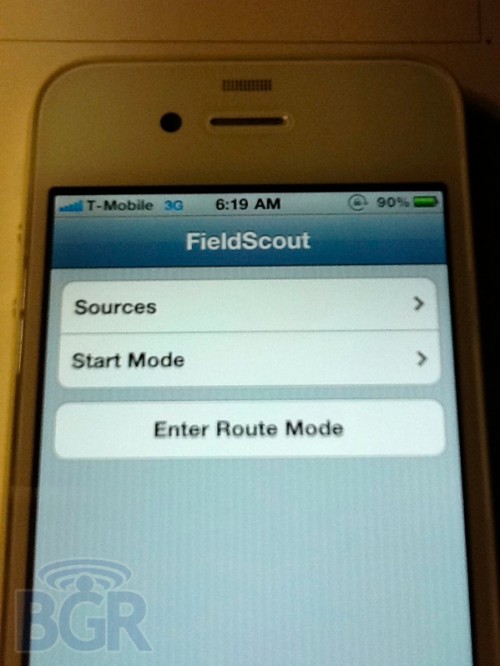 What else does the image tell us? Obviously, Apple’s A5 processor is present and accounted for, but what may be even more noteworthy is the battery. The iPhone 4 has a 1420 mAh battery, and the one in the image above is marked 1430 mAh.

It’s not hard to figure out that Apple would need a bigger battery to power the beefed-up A5, but it’s still an interesting find. Battery life has certainly been one of the iPhone 4’s strongpoints, so it’s hard to imagine it getting much better.

If in fact the above image is authentic, and it is of the expected sub-$100 (with contract) retooled iPhone 4‘s guts, watch out Android. The dual-core, 5 megapixel monster would eat low-end handsets like the Motorola Citrus for breakfast.

If these specs hold true, would you consider the lower end iPhone?

Update: While we still believe that Apple will unveil a revamped version of the iPhone 4 this Fall, it’s starting to seem more and more likely that the device pictured in the photo above isn’t it. Several tech sites, including 9to5Mac, have written off the gadget as either an older Apple prototype or a hobbyist’s project. That is all.