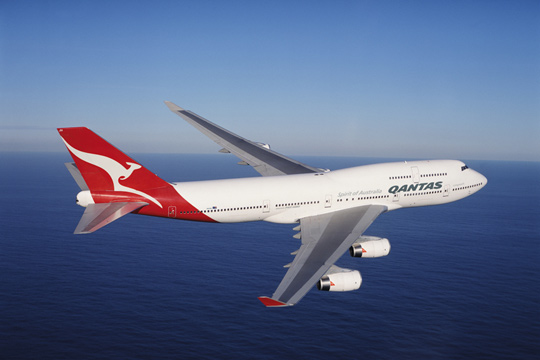 The iPad’s attempt to single-handedly revolutionise, well, everything, took another step to completion after Australia’s crown jewel airline, Qantas, announced that it will use iPads as in-flight entertainment systems.

Beginning in October, according to The Register, selected Qantas flights will sport the tablets as entertainment for passengers, with movies and television shows and music pre-loaded by the airline…

“Qantas executive manager customer experience Alison Webster said that if the trial is successful, it could lead to Qantas delivering all entertainment via wireless technology rather than personal seat-back television screens.”

Long term, users are expected to be able to use their own devices in lieu of the ones provided by Qantas, though content delivery systems are not yet in place for such an undertaking.

The airline cites significant weight savings over traditional in-seat systems as the main reason for the switch, but we’re sure travellers will also prefer the idea of an iPad to the clunky entertainment systems they’re usually subjected to.

Qantas isn’t the first airline to turn to the iPad as an entertainment system, and United Airlines has even handed out 11,000 iPads for its pilots to use as flight plans.

I’m not sure even an iPad will get me over my fear of flying, unfortunately!