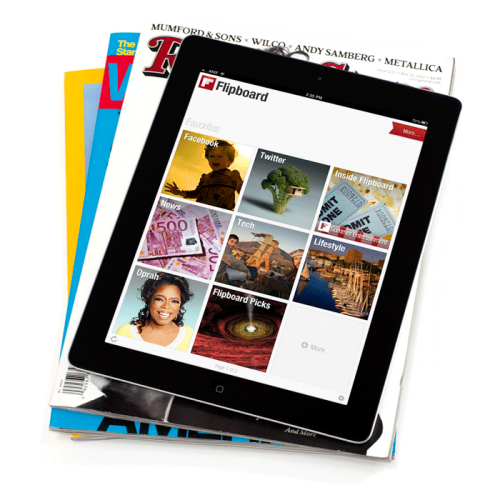 If you’ve perused the App Store on the iPad, chances are you’ve come across Flipboard. When the app first came out, it’s innovate approach to content and RSS received high praise. Now, many content consumption apps borrow the Flipboard mentality of presenting web content in a visually intriguing, magazine-like design.

Flipboard can only be used to read web sites as a glorified RSS reader. The team behind Flipboard has bigger plans for their app, including the addition of TV shows, movies, and a new iPhone app… 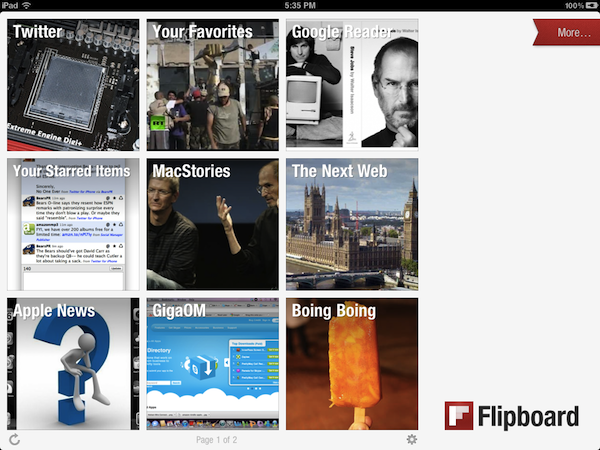 “Internet video is getting even more crowded. Flipboard, the social media magazine whose investors include actor Ashton Kutcher, plans to add television shows and films to move it beyond the online articles that it offers now.

The Palo Alto, California-based company hopes to cut deals with studios to carry movies and episodes of TV shows, getting into territory staked out by Netflix, Hulu and Facebook.

Flipboard is available only on the Apple iPad, but McCue expects to launch an iPhone version in a few weeks that will also work on the iPod Touch.”

Flipboard is a crowning achievement of app design and efficiency on the iPad. The app delivers a much more enjoyable method of consuming web content, and many prefer Flipboard for causally looking through their news and favorite web sites. The app also features great social network integration, and the team at Flipboard sees the importance of sharing content on their platform.

The addition of movies and TV shows to Flipboard is a very interesting proposition, with rumors that Apple will introduce its own subscription service very soon. There’s plenty of room for competition. The idea of flipping through new TV episodes and movies is very enticing, and if anyone can make the process a user friendly experience, it’s Flipboard.

The iPhone app is sure to be a success as well, and hopefully we’ll see it go live in the App Store soon. For now, you can download the iPad app for free.

Are you excited about Flipboard adding TV shows and movies? Or do you think Apple has a better shot at getting it right?