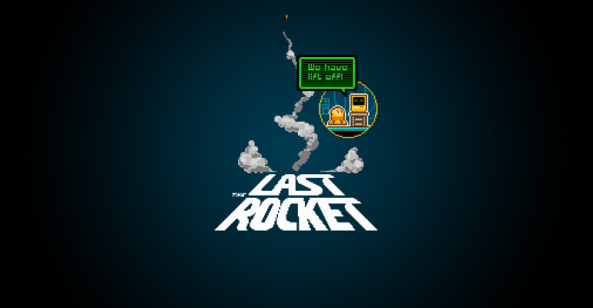 It’s not very often that you’ll come across a game in the App Store that’s as charming and addictive as The Last Rocket. Created by established developer Shaun Inman, The Last Rocket is one of those few iOS games that consists of total excellence in every area.

If you’re a fan of the retro, 8-bit style of gameplay, then The Last Rocket is a title you can’t ignore. It looks and feels like it could run just as well on the NES as it does on the iPhone and iPad.

In The Last Rocket, you play a little rocket named Flip. You inhabit an unmanned weapons manufacturing ship in deep space. Galactic war has ended, and you are the last rocket to be finished on the assembly line. You are then charged with the task of collecting gears and saving the ship before it collides with a star. 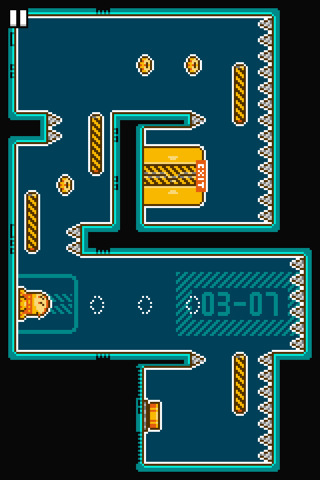 The entire game consists of 64 puzzle-based stages that require your agility and critical thinking as the nimble rocket named Flip. Like any game, the levels get harder and more complex as you progress. You’ll meet plenty of obstacles along the way as you try to collect all of the gears in each stage.

The Last Rocket is one of those games that you won’t be able to put down. What makes the gameplay so addictive is that’s really just plain fun. It’s not too complex, and it only requires whatever amount of mental energy you’re willing to put into each level. 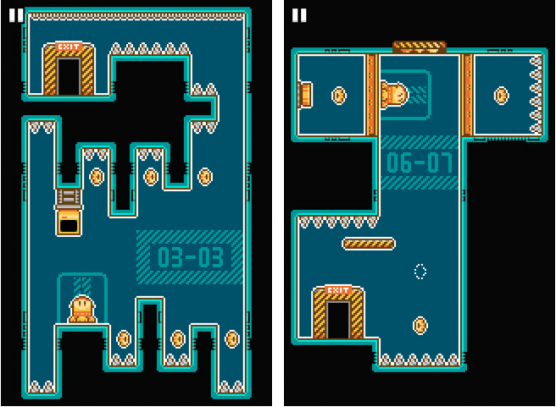 One thing you need to accept about The Last Rocket is that you will fail — a lot. At the beginning, the levels are pretty easy, and as Autonomous Mechanical Intelligence (AMI) directs you through the various controls and obstacles that you encounter, you’ll notice that the puzzles become harder and harder. The beauty of the game is that, like any good arcade title, it’s super easy to just retry the level if you mess up.

In each level, your objective is to reach the door and collect as many gears as possible. Obstacles will be in your way, and it’s your job to figure out how to get where you need to go. The levels are designed so well that you should never feel like you’re not being taught by your mistakes; each new hurdle to cross is given a level of difficulty that can be conquered without making you too frustrated. 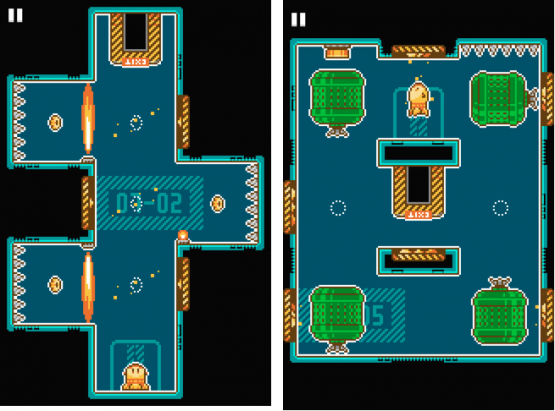 The Last Rocket depends heavily on manipulating gravity, and you’ll figure out the physics of the game pretty fast. You don’t have to actually move your iDevice in your hands to interface with a level; Flip the rocket is controlled by the sliding and tapping of your finger. The controls are super intuitive and very responsive.

You obviously want to get as far in the game as you can, and your high scores are displayed at the welcome screen. (The developer has not added support for Game Center.) You have unlimited lives for every level, and there’s no timer. The removal of those elements let you focus on just having a great time during gameplay.

It would be an injustice to not mention this game’s wonderful, 8-bit soundtrack, which can be downloaded here. You can also download free wallpapers from the developer’s site.

The Last Rocket is a wonderfully charming game for the iPhone and iPad. The retro arcade homage is very spot on, and the design of the game is about as good as it gets.

Everything about The Last Rocket makes me feel nostalgic about the glory days of the first game consoles. The game is a great throwback to a classic genre, and it’s also an incredibly fun title that will captivate all kinds of ages in the 21st century App Store.

The Last Rocket is available on the iPhone and iPad for $2.99 in the App Store. While the game is fun on both devices, I prefer the iPad’s larger screen for playing during an extended period of time.

We have one free copy of The Last Rocket to giveaway to a lucky iDB reader! Make sure you’re following iDownloadBlog on Twitter, and tweet this article to your friends. Send a reply to @iDownloadBlog on Twitter with a link to the tweet you shared with your followers. We’ll pick one winner at random in the next couple days.

Hope you like The Last Rocket! Tell us what you think in the comments below.